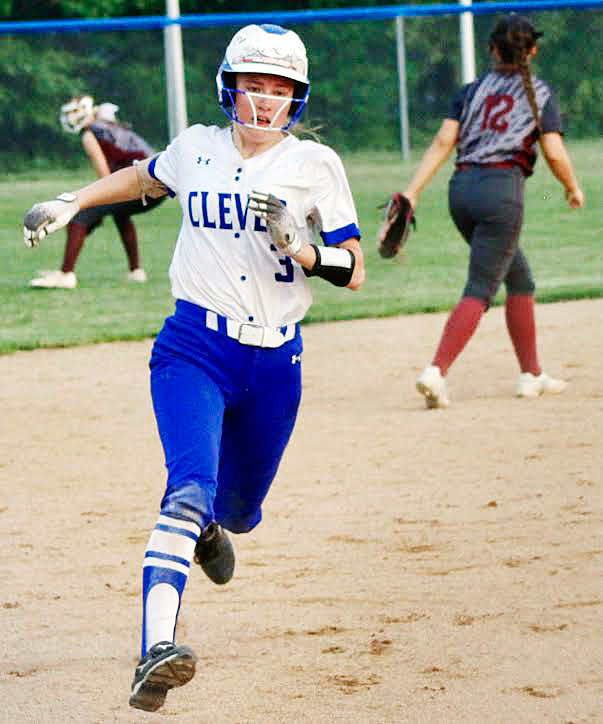 Whether she had her feet moving in the batter’s box and was slapping or was stationary and swinging away, Kenna Wise put the barrel of the bat on the ball Tuesday.

The left-handed swinging Wise collected three hits and three RBIs to lead Clever past Strafford 9-5 in a Class 2 District 5 semifinal.

The senior shortstop led off the Lady Jays’ half of the first inning with a slap-single to left field and later in the game swung away to drive in a run on a sacrifice fly to left, belted a deep fly ball to straightaway center for an RBI-triple and capped her night with an RBI-single to right.

“The thing I really focus on when I’m switching between slapping and hitting is timing,” Wise said. “I don’t have to swing as early when I’m stationary obviously because I’m not moving. Once you get your timing down, it’s not hard to adjust either way.”

It was no coincidence Wise hit to all fields. She took time before each at-bat to check out how Strafford was playing her.

“I go up there and see the field,” Wise said. “I see the infielders, see what’s going on. How the coaches are moving the players determines what I’m doing. Also, I can see different pitches and think, ‘Oh I’m not going to be able to slap it or do this or that. It comes with a lot of experience and my mom (Clever assistant coach Angie Wise) being a coach and an All-American in college. She has coached me since I was 3 years old.”

“The thing is she’s really good at reading the defense,” Grant said. “A lot of defenses have started moving up on her. But she can pretty much do whatever we need her to do.”

Clever’s entire lineup did a credible job of putting the ball in play and making Strafford’s defense make plays. The Lady Indians’ infielders weren’t up the challenge and imploded at times.

Clever came back from a 3-0, second-inning deficit.

Winning pitcher Kylie Wenger allowed 10 hits and one walk, while striking out four.

“It’s been a while since we’ve been here,” Grant said. “We will need to get some balls in play and see what happens.”