With his commitment to Mizzou made, Moore's total focus on state championship 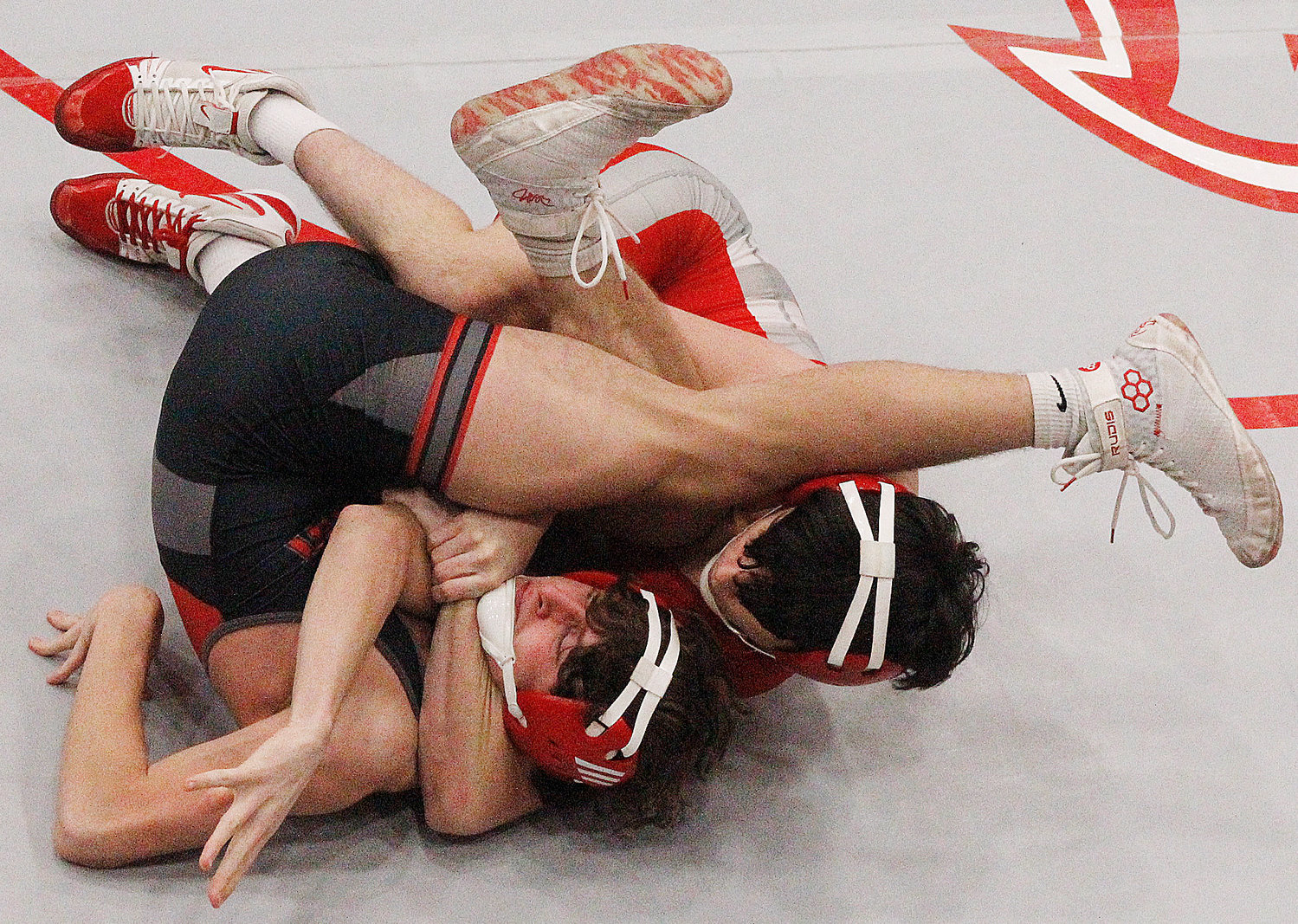 If not Iowa, Nixa’s Peyton Moore figures Mizzou is the next best college choice for himself. The Eagles’ 126-pounder has committed to continue his wrestling career for the Tigers.

“I’ve always been a huge Iowa fan, but they’re kind of out of the picture because they’re crazy good,” Moore said of the 24-time NCAA champion Hawkeyes. “I grew up liking Mizzou, too. Mizzou has always been number two for me.

Moore is glad that it worked out for him to give Mizzou a commitment before his senior season got under way.

“I wanted to get it over with before the season started,” he said. ‘I didn’t want to stress about it all season and have it hanging over my head. I didn’t want to think I had to wrestle good to have colleges look at me.”

Moore feels he has already bonded with the Tigers’ Noah Surtin, Korbin Shepherd, Colton Hawks and Zach Elam. Moore has been teammates with Hawks and Moore on junior teams in the summer.

Surtin is a 125-pound junior and may serve as a mentor Moore.

“I wrestled with him and their backup 125-pounder at a recruiting camp,” Moore said. “I talked and asked them questions. I think I’ll red-shirt my freshman year to learn and get into the system.”

With Nixa junior Zan Fugitt committing to Oklahoma, Moore can’t help but look ahead to the possibility of facing Fugitt. Moore projects at 125 in college, while Fugitt has been told by the Sooners he will compete at 133.

“I kind of like him being on another team, so we may get to wrestle against each other,” Moore said. “You never know, I may gain weight and go up to 133 and wrestle Zan. That would be cool for our coaches here, to see us wrestling against each other.”

Moore is 21-4 this season and has won 16 matches in a row. He’s fresh from his first Winnetonka Tournament championship.

A three-time State medalist, he has his sights set on a gold-medal finish to his Nixa career.

“A state championship is what I’ve been working for the past four years, it’s very important to me. ” said Moore, who has 110 career pins. “I wanted to be the best wrestler to ever come out of Nixa. If I go win a state championship, there’s an argument for that.”