With one all-state season behind her, Clark looks to double her hardware 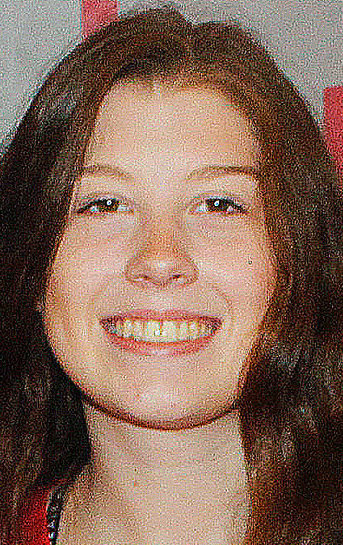 Nixa senior Norah Clark could be on her way to collecting two-of-a-kind hardware no Lady Eagle has earned in recent years.

Clark is fresh from being named to the Class 5 All-State Team in volleyball and hopes to be recognized for the same honor in basketball.

“(Coach Jennifer Perryman) and my Dad have set goals for me to be First-Team All Conference, First-Team All District and All-State for both sports because they know I can do it,” Clark said. “I’ve really been pushing for it. I’m halfway there. I’m hoping I can be there for basketball, as well.”

Not since the 1999-2000 school year, when the terrific trio of Terianne Wolford, Hope Hunt and Ashlee Johns were seniors, have the Lady Eagles had such a standout in both volleyball and basketball.

Clark, who has signed with Tennessee-Martin to continue her hoops career, averaged 9.6 points, 4.2 rebounds and 1.8 assists last season. All signs point to those numbers being on the rise.

Perryman thinks Clark’s jumper from 10-15 feet out and her versatility will help her stand out.

“Norah’s mid-range game is probably unmatched in this area,” Perryman said. “She has the ability to score inside and outside. We’ve got kids who can play the opposite of what she is playing position-wise, which will allow her a little more freedom.”

With Nixa losing its tops three scorers from last season to graduation, Clark is transitioning from being a complementary player to a go-to girl. She admits she’s gradually getting accustomed to looking for her own shot before looking for an open teammate.

“For the past three years, I was pretty much a facilitator because we had really good upperclassmen talent,” Clark said. “I looked to get them the ball. Now, I'm having to switch roles. I have to score myself while also facilitating my teammates. I will get there. It will come as the games go along.”

Perryman is also confident Clark will adapt to her new role.

“She’s one of our best passers and a really good teammate. She's used to distributing,” Perryman said. “But I’ve told her she has to be a little more selfish. I think she sees the floor well and sometimes sees it too well. She’s going to have to take her shot. I think she knows that. It’s hard sometimes to take that next step, but I have no doubt she’s going to.”