Hailing all the way from the great northwest, Ozark's Tsaruk enjoying 29-win season 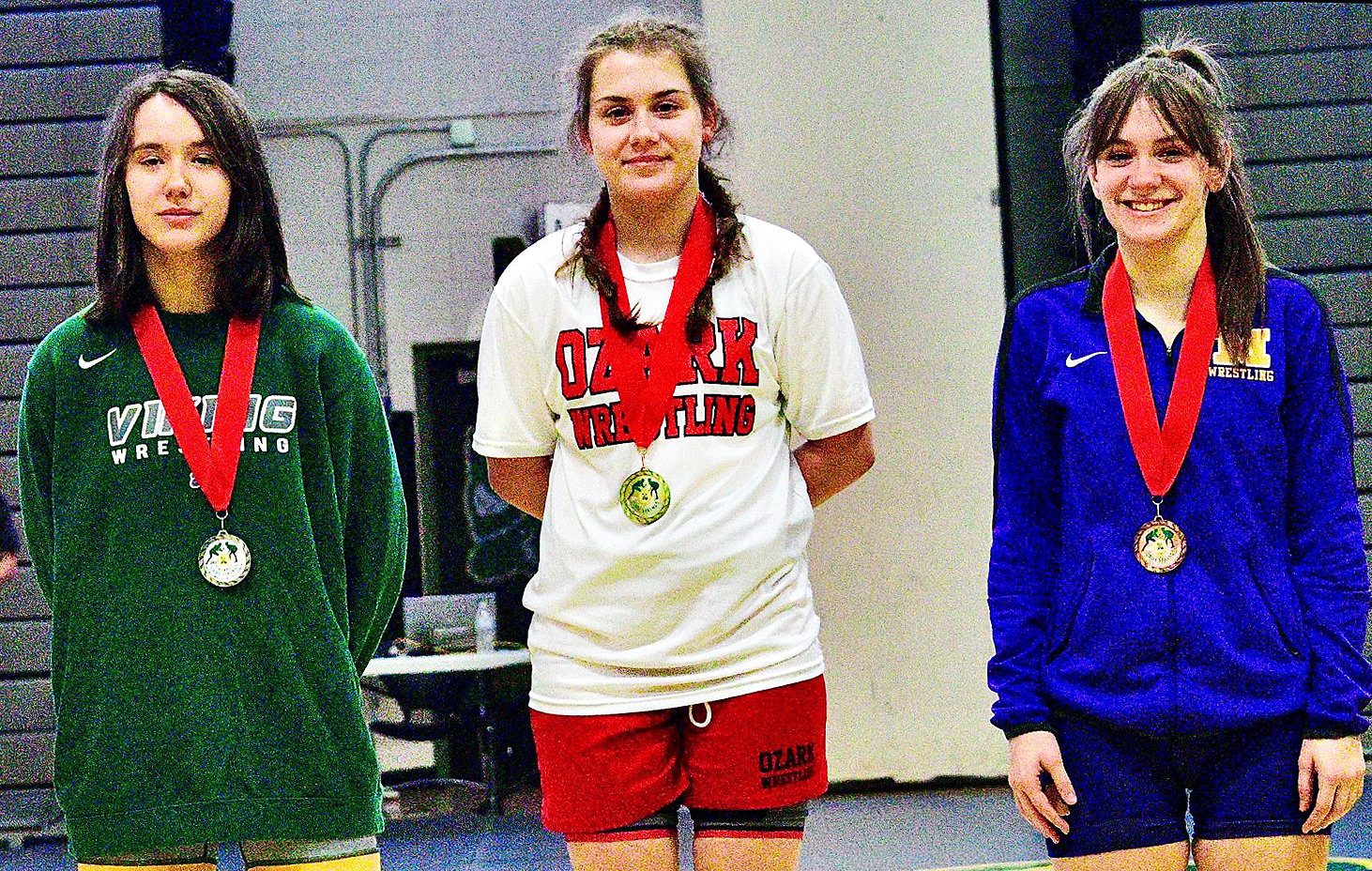 Given her background, it’s understandable Anjelika Tsaruk isn’t familiar with many of the schools Ozark sees at duals and tournaments.

Tsaruk has lived in Ozark only three years, after growing up in Washington. Her family lived north and south of Seattle, before making the 2,000-mile move to the Ozarks.

Tsaruk has acclimated well, but does yearn for some of the eateries she remembers from Washington.

“I think I like it here better,” Tsaruk said. “But the food up there is a little better. It’s very diverse there, so you meet all kinds of different people and if you would go to an Asian or Hispanic restaurant there, it’s more accurate to what they would serve in their countries.”

Tsaruk wrestles at 125 pounds and owns a 29-7 record that includes a championship at the Parkview Lady Viking Tournament and a runner-up finish at this past weekend’s Willard Tournament.

Tsaruk has no preconceived notions entering a match how it might go based on her opponent’s school. Many of the schools she has never heard of.

“I remember the color of their (singlets), but I’m not real good with the names of the schools or the wrestlers,” she said.