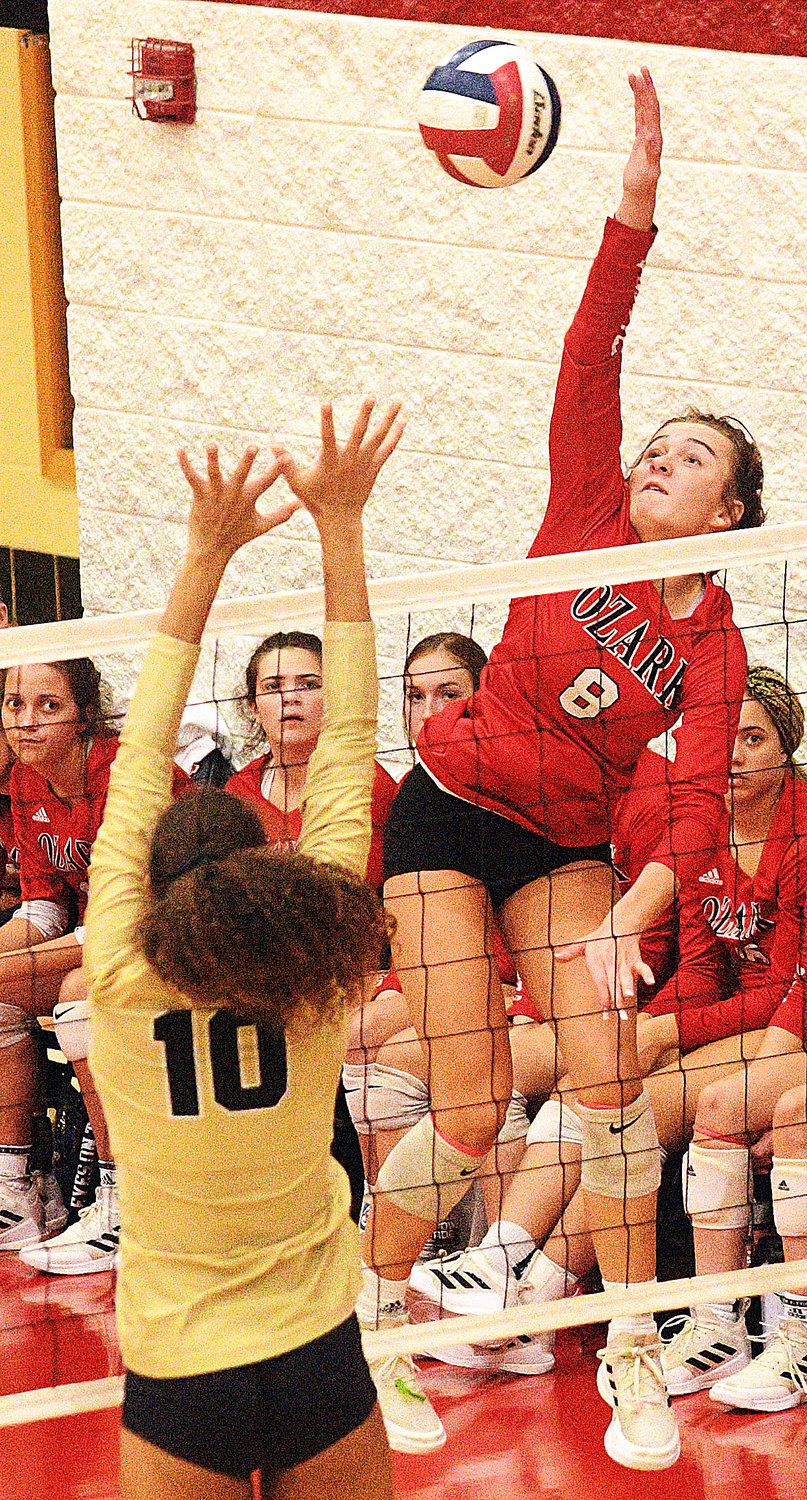 Reagan Baade is savoring her chance to see time as a starter for Ozark this season as a sophomore.

“I love the challenges and having this opportunity to go out on the floor as a sophomore,” Baade said. “Some games are up and down. My junior and senior years, I think I'll be more consistent.”

Baade has shown she belongs. Entering the final week of regular-season play, she has collected 182 kills, 273 digs, 24 aces and 17 blocks.

This past weekend, Baade and the Lady Tigers hosted their own Grand Slam and beat Lutheran, before falling to Springdale Har-Ber (Arkansas), Lafayette and Eureka. Ozark (20-11) swept Republic on Tuesday as a tune-up for Thursday’s Class 5 District 11 opener against Branson.

Baade feels fortunate to have a mentor as a teammate in senior hitter Hanna Vorhies.

“She’s been my friend forever because our sisters played together,” Baade said. “I’ve always looked up to her. She definitely pushes me. I try to get as many kills as her.”

Baade, who plays along the front and back rows, has earned Vorhies’ respect.

“For a sophomore, it's crazy how good she is,” Vorhies said. “She's one of the most athletic girls on the team. Her passing is really good, too. She likes passing and her hitting is strong. Hitting is hard on her because she is shorter. But she does a good job with it.”

Baade is a libero during club ball.

“I play six rotations here, so I’m playing defense, too. I go (to club ball) and just play back row,” Baade said. “Hitting in the front row helps with my mindset in the back row. I think like a hitter when I play defense.”

Her older sister, Haidan, is a libero, as well, at William Jewell.

“We play very similarly,” Reagan said. “Anybody that watches us play together, they think, 'Wow, that's weird, you guys look alike and play alike.’”