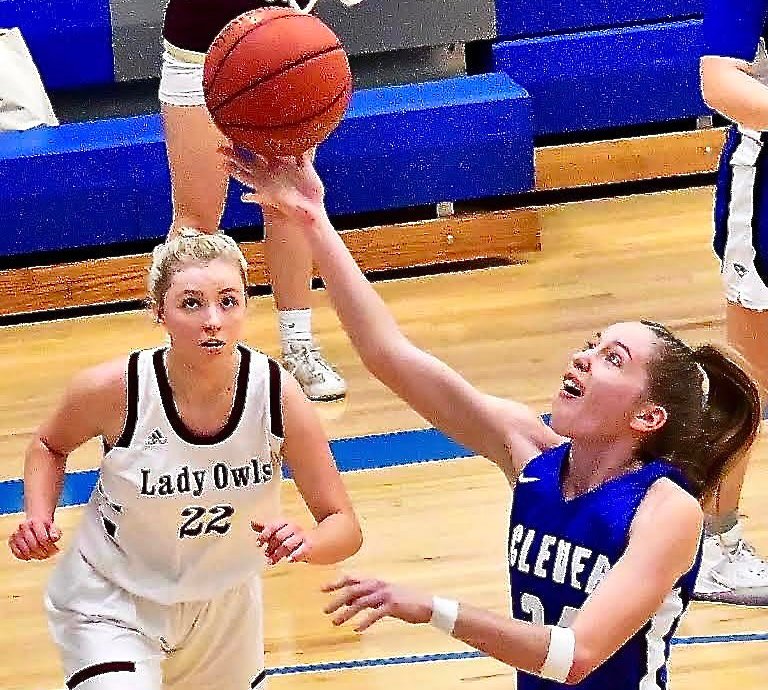 A pair of Clever seniors are making contributions that the Lady Jays couldn't have seen coming as recently as last season.

They are the Lady Jays' only seniors. Clever (10-8) is otherwise a junior-dominated team. In fact, juniors account for roughly 80 percent of the scoring.

Lansdown had scored all of five points in her varsity career leading up to this season. She's the team's most improved player this winter.

"Over the summer, I was trying very hard to get to this position, to work to become a varsity player," Lansdown said. "I feel like it's worked to my advantage. I'm a whole lot better now (than a year ago). Last year, I wouldn't be able to shoot and my ball-handling was 10 times worse than it is now.

"The Billings game gave me confidence and helped me to realize I can score," she added.

Lansdown had six points in the Marionville Tournament final. Through 14 games, she was averaging 3.8 rebounds and 1.4 steals a night.

Coach Clark Satterlee has been pleased to see Lansdown rewarded for her resilience.

"Riley hasn't played a ton of basketball, but is a good athlete and has stayed after it and gotten better," Satterlee said. "She has carved out a role for herself. She's not a big-time scorer, but has to be ready around the basket."

Kime is a transfer from Naches, Washington. Her father is Clever athletics director Ty Kime.

Mady was averaging 7.6 points a night and shooting 3-pointers at a 36-percent clip through 14 games.

"She is a knock-down shooter," Satterlee said.

One of the adjustments Kime has had to make is playing without a shot clock. Washington has a 30-second shot clock. Given Clever's preference for an up-tempo, that's been an easy adjustment for her to make. The Lady Jays often will square up and shoot after only one or two passes.

"The pace of the game is different here, it's a lot faster," Kime said.

She reports adapting to new teammates has gone as well as she could have hoped.

"I'm enjoying it here," Kime said. "The girls have had open arms and welcomed me. They've been very nice. I was able to get to know them in the summer and play in a couple tournaments with them."

Kime and her family didn't move to the Ozarks sight unseen. But Mady was still surprised when she was told they would be making the move to Clever.

"I thought it was kind of random," she said. "We took a trip here the COVID year during (her father's) birthday. We just needed to get out of the house. We enjoyed it, so he started looking at schools to try to find a job and found Clever. We fell in love with it."