Nixa Walmart celebrates remodel with gift to food pantry
In celebration of the completion of the remodel, the store presented Least of These, Inc., food pantry with a check for $5,000 to help provide holiday meals for families this upcoming season.

Stars on both sides will align for Carthage-Nixa showdown
At least one veteran in-the-know connoisseur of COC contests on every venue has made a bold call on Carthage junior Luke Gall.

Breeden’s comeback from broken back has helped solidify Nixa secondary
Nixa coach John Perry sent out a tweet this week proclaiming “The place to be in southwest Missouri is Nixa” for the Eagles’ COC showdown Friday against Carthage.

Ozark's 10-year road map for a brighter tomorrow looks a lot like West Jackson Street or the streets in the downtown Historic River District. There are orange cones, there are detours, there are large bumps in the road, and there are places where a bit more earth work or asphalt is needed than originally anticipated.

In March of 2021, the Ozark Fire Protection District requested the Insurance Services Office (ISO) to conduct a review of the community’s public protection classification to update the insurance rating. This rating is an important factor in setting rates for property insurance.

A special ceremony will be held at Nixa Community Center at 9 a.m. on Nov. 13 to recognize the 100-year remembrance of the Unkown Soldier, and honor all veterans who served in the U.S. military.

The Ozark Chamber saluted its partners at the city of Ozark, Christian County and the Ozark School District. Partnership and collaboration were key themes for all of the speakers at the Salute to Community event.

The Community College District of Central Southwest Missouri will use its $88,810 grant to assist Ozarks Technical Community College in expanding the line worker training program on the Richwood Valley campus in Christian County.

This year’s Sparta Persimmon Days festival included a vendor village with food, crafts and live entertainment at Roller Park and a parade.

He was 17 at the time he was accused of luring another boy into a series of sex acts that led to a grand jury indictment. More than three years after those incidents, Nicholas Cole was sentenced to 120 days in prison and five years of probation on three felony charges.

Missouri Chief Justice Paul C. Wilson recognized Judge Laura Johnson and Judge Jennifer Growcock from Christian County for participating in the judicial transfer program in the last fiscal year during a ceremony honoring exemplary service to the people of Missouri.

BLUE SPRINGS — The combination of Nixa batters striking out 11 times and the Lady Eagles’ fielders committing four errors led to the end of the line for coach Matt Walker’s bunch Thursday.

Realistically, best-case scenario for Nixa is three-way tie atop COC and District
For the second straight week, Nixa precariously sits atop the Class 6 District 3 standings.

Lady Tiger super soph Baade proving herself along front, back rows
Reagan Baade is savoring her chance to see time as a starter for Ozark this season as a sophomore.

Following breakout game, Ward has no plans to red-shirt as true freshman at MSU
Steven Ward reports he has every intention to bypass a possible redshirt season this fall and again suit up for Missouri State’s trip this weekend to North Dakota State, as well as the Bears’ remaining games.

Ozark spreads the wealth, with a handful of players scoring in rout of Willard
August McComas is a defender at heart and will likely move up from the jayvee to be Ozark’s starting center-back next year. But like every player, he can’t deny the reward of a goal as confirmation of hard work.

Stretching has Meierer free of back pain, as Lady Eagles prep for Quarterfinal trip to Blue Springs South
It’s no coincidence Maddy Meierer’s workload in the center circle has been reduced this season.

Bullard helps Tigers’ offense make impact at Webb City
Senior lineman Brian Bullard was as proud as any member of Ozark’s offense last Friday after the Tigers put up 48 points at Webb City in a 63-48 defeat.

Our View: Slippery slopes
Slippery slope arguments occur when one person, group of persons or, in legal terms, a party, views decisions as having the potential to begin a trend. In general, a slippery slope argument says that if a relatively harmless action is taken today, it could start a trend that will lead to something unconscionable being accepted in the future.

Our View: Newspapers in schools
NIE allows teachers to sign up to receive newspapers in their classrooms at no cost. It’s part of a statewide public service partnership that community newspapers like this one have with the public school districts we serve.

Our View: They answered the call
In the year that followed the 9/11 terrorist attacks, a total of 181,510 Americans signed up to join an active-duty branch of the United States military.

Our View: Lindenlure
Lidenlure has been a recreation attraction in Christian County for more than a century. It had a resort in the 1920s that went out with the Great Depression.

The Crimson stars of the galaxy
The Milky Way galaxy has billions of stars. They come in different sizes, colors, and types. One type of star has carbon as its primary element, plus an element that is almost non-existent on Earth.

Our View: Horse racing and humility
Horserace framing is what happens when any occurrence is told through the lens of a conflict between two persons or at least two parties. It creates the Us versus Them mentality we are prone to feeling.

Our View: Misinformation
At a recent press briefing held in Jefferson City and shared across the state on Facebook Live, the governor of Missouri recently spoke out vehemently about the misinformation about COVID-19 …

Our View: Time to fight?
Peacemaking is a form of conflict resolution focused on the establishment of a relationship capable of staving off future conflict. It generally involves a series of ethical decisions between …

Music on the water Finley Farms and the Ozark Mill are still very much under development. Up next is the lower level room called the Garrison, a speakeasy-style bar with cocktails and shareable plates, and a meeting space called the Riverside Room that features the mill’s old flood doors.

Ozark Oktoberfest canceled The Ozark Historic River District made the announcement that the celebration on the downtown square is off because construction work on streets and sidewalks in downtown Ozark is not complete, therefore making it unsafe and unfeasible for a festival to happen. Organizers announced plans to start Oktoberfest in downtown Ozark on Oct. 8, 2022.

Daredevils will return to Ozark The fall-festival inspired celebration of the grand opening of the Ozark Mill features a concert by the Ozark Mountain Daredevils. Four days of festivities start on Thursday, Oct. 7, with a …

Supply issues impact about half of Missouri businesses Whether it's the early childhood school building in Sparta, the gazebo renovation on the Christian County Historic Courthouse lawn in Ozark, or the housing subdivision being built half a mile down …

Emergency repair to jail air conditioner hits $47,000 "We're stuck. We have to fix this. It's almost 100 degrees down there in the jail kitchen."

Demographic study shows growth kicking off long range planning
The population of the Ozark School District continues to grow, and educators continue to plan for more people and more students.

Niche names Ozark best school district in Springfield area
What makes an amazing school? That answer is subjective based on a variety of factors and opinions, but Niche used qualitative data coupled with quantitative data to create rankings of schools across the nation.

Backstage sneak preview
Construction workers are making progress on the Aetos Center for the Performing Arts, an addition to Nixa High School that will eventually give Nixa’s theater, band and vocal music students a state-of-the-art place to rehearse and perform for crowds.

Students learn and remember Patriot Day
With this year being the 20th anniversary of the 9/11 terrorist attacks, students were encouraged to wear red, white and blue attire and engaged in an array of Patriot Day themed activities. 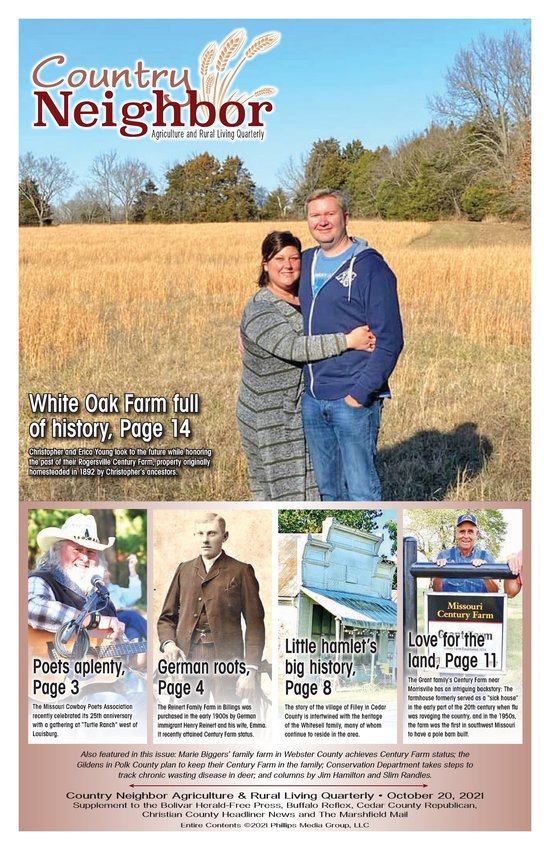 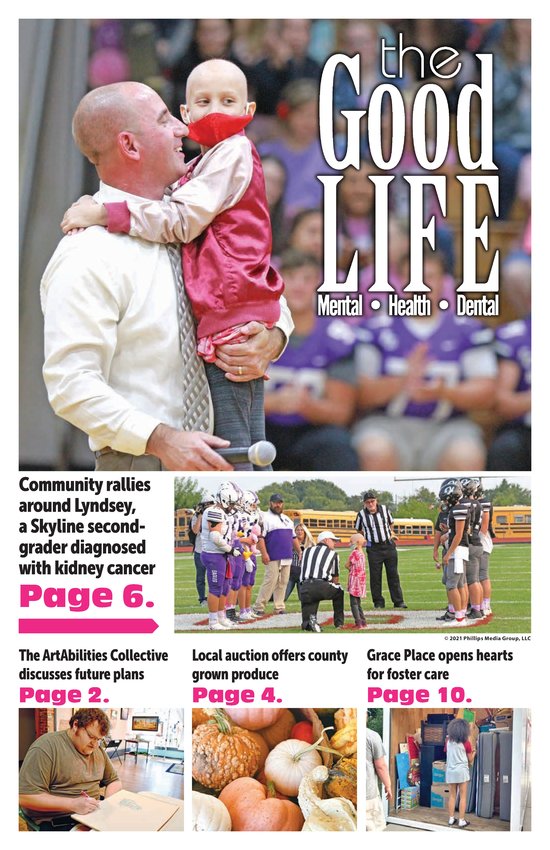 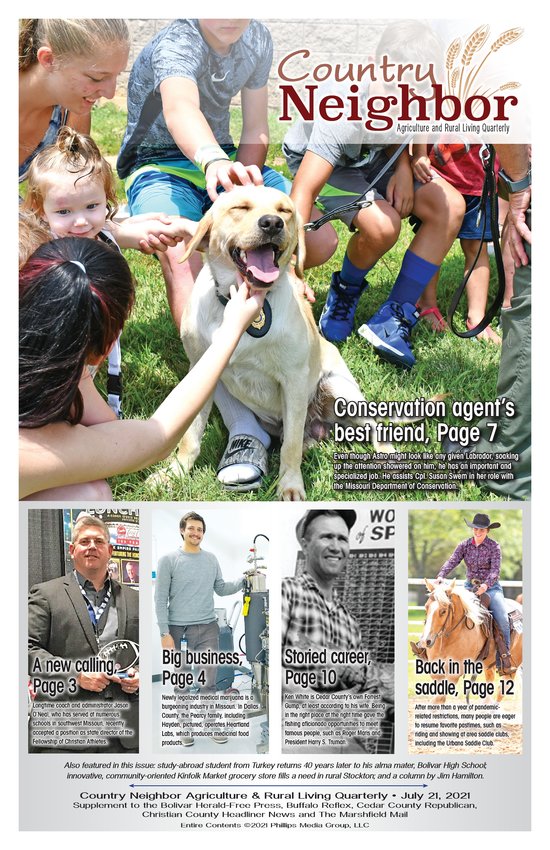 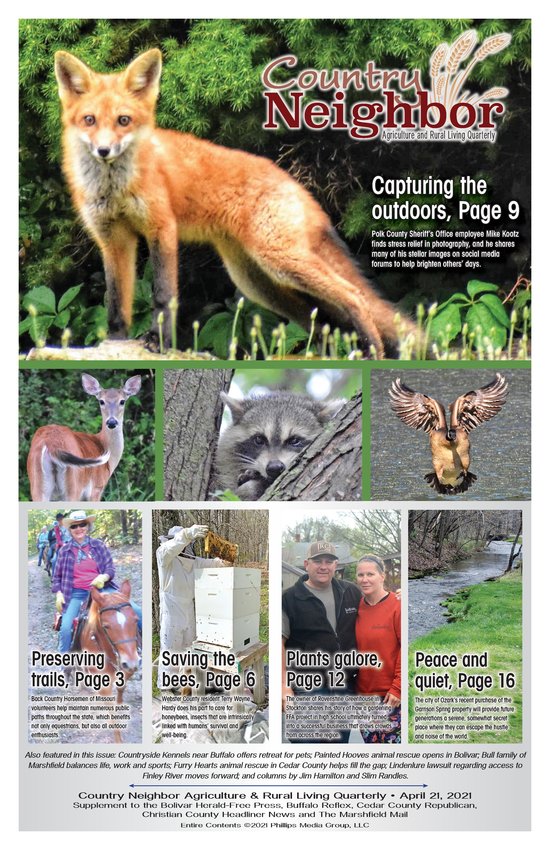 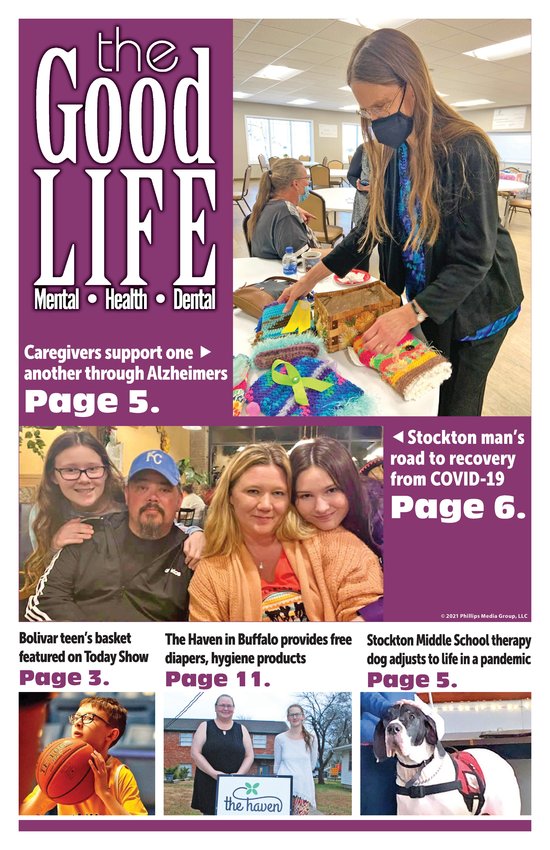 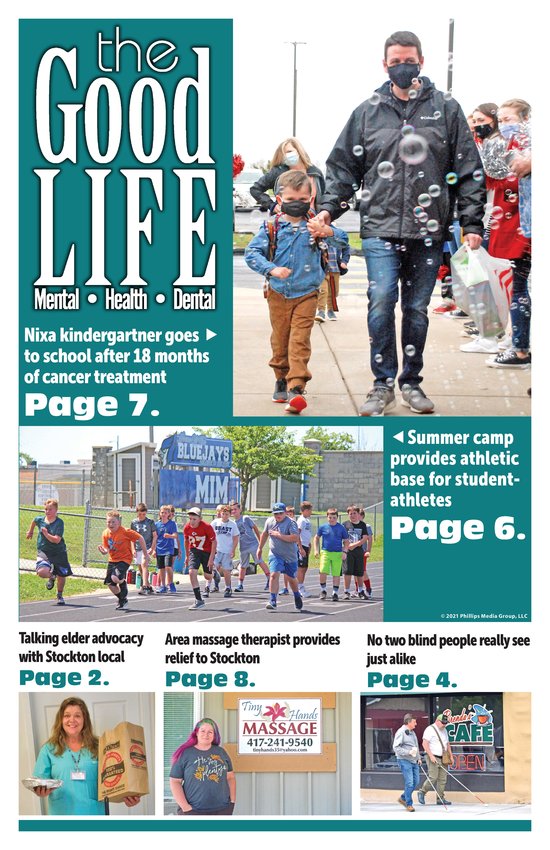 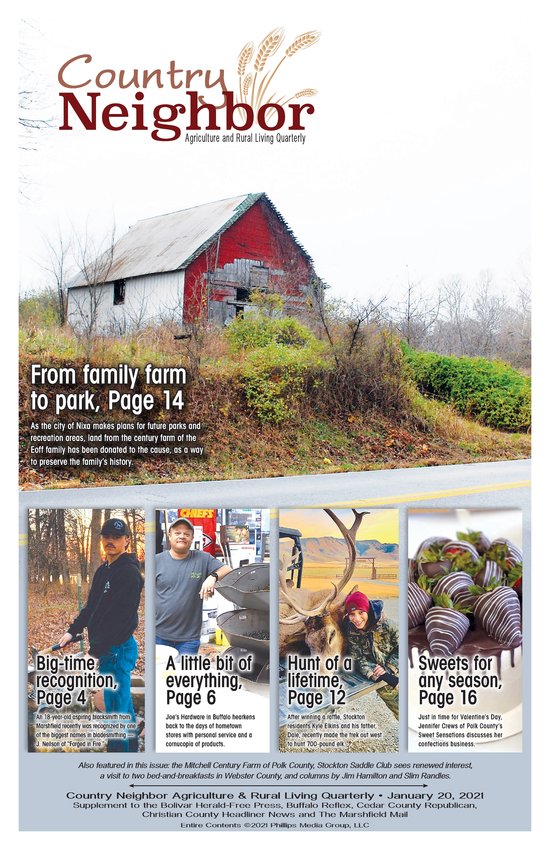