'It's gut-check time,' Palmer proclaims after Eagles fall to another Springfield foe 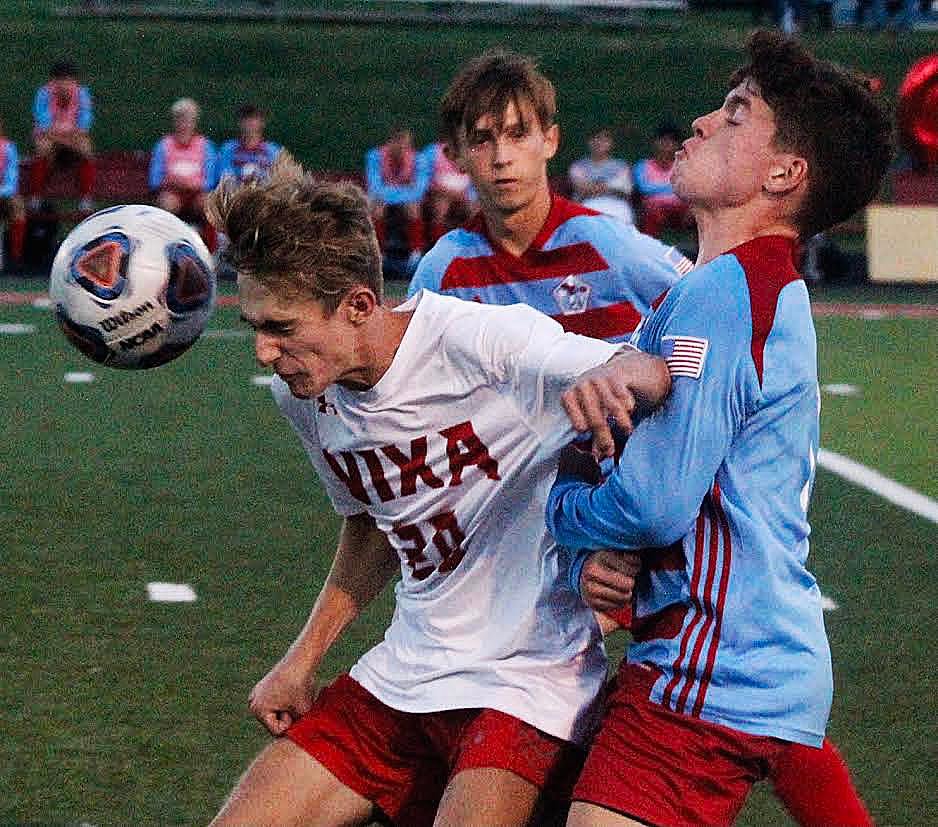 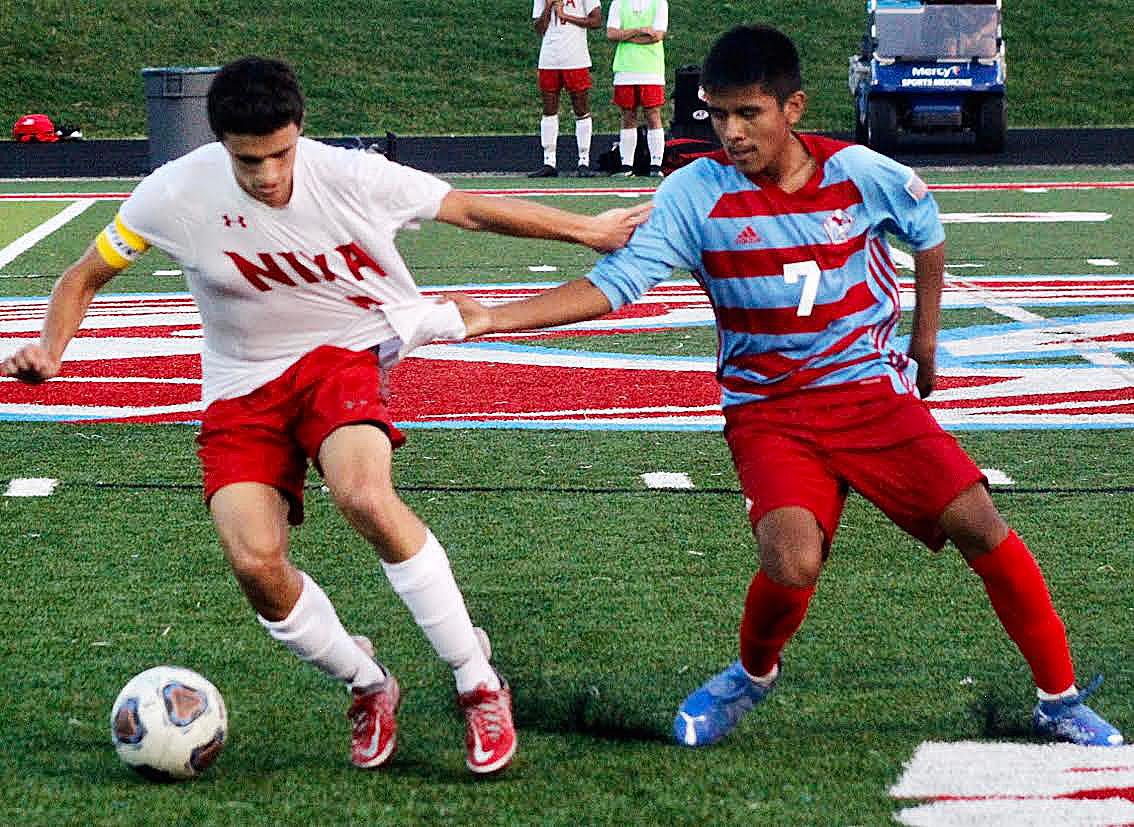 NIXA'S CARSON PALMER has his shirt grabbed as he controls the ball.
PAT DAILEY/Headliner News 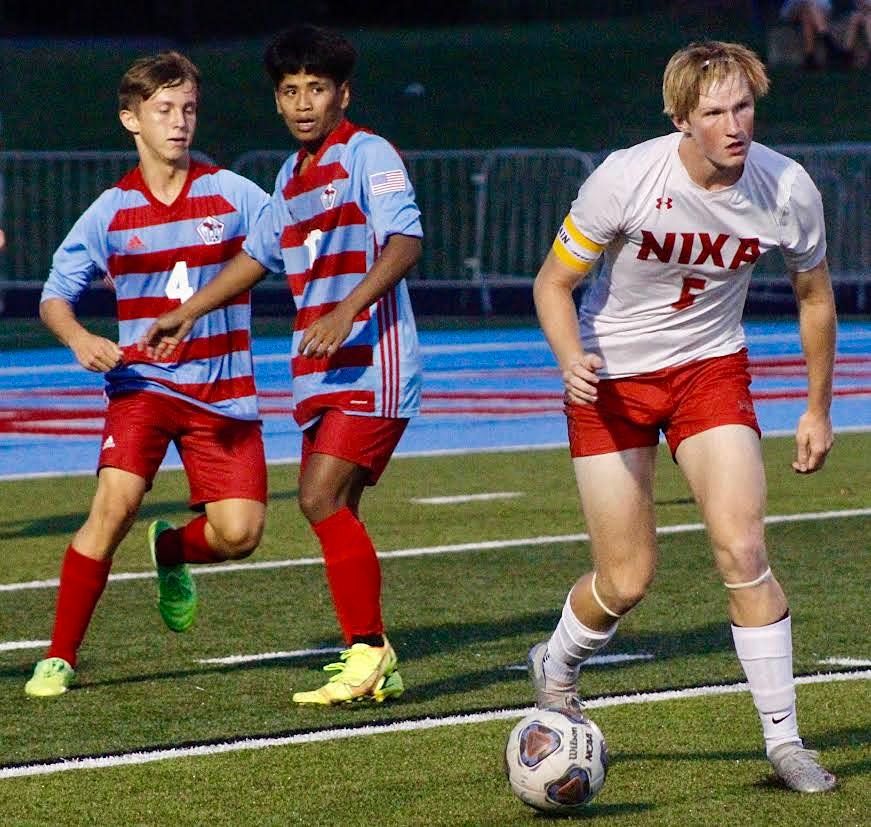 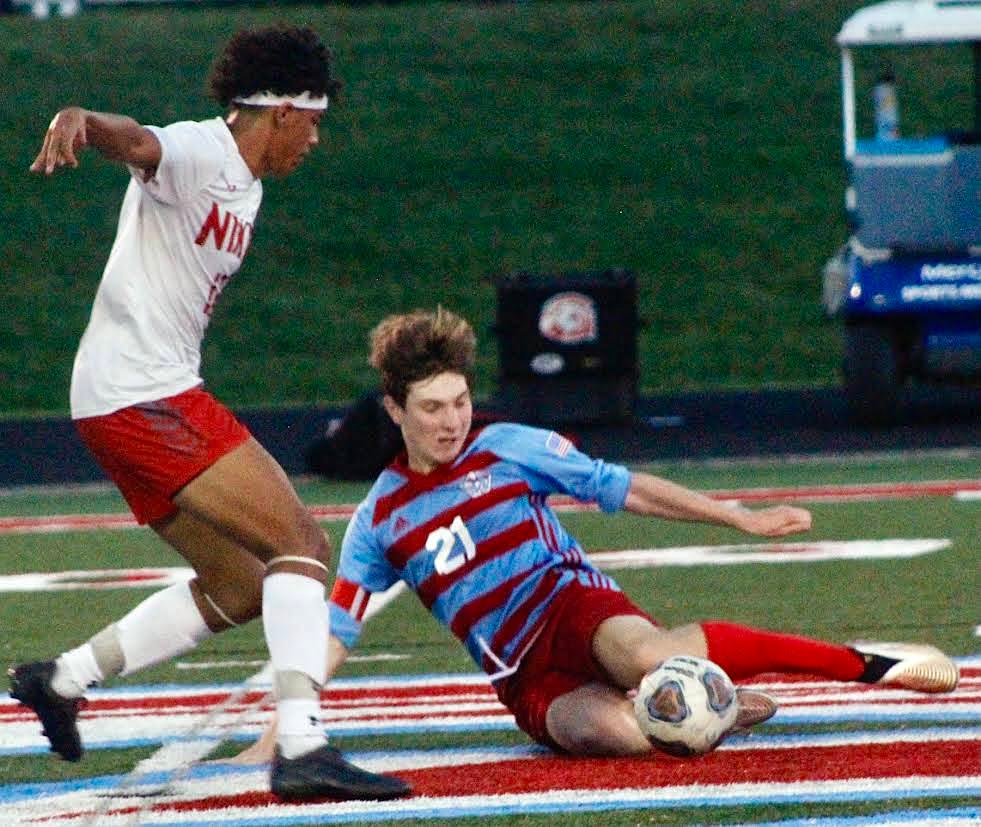 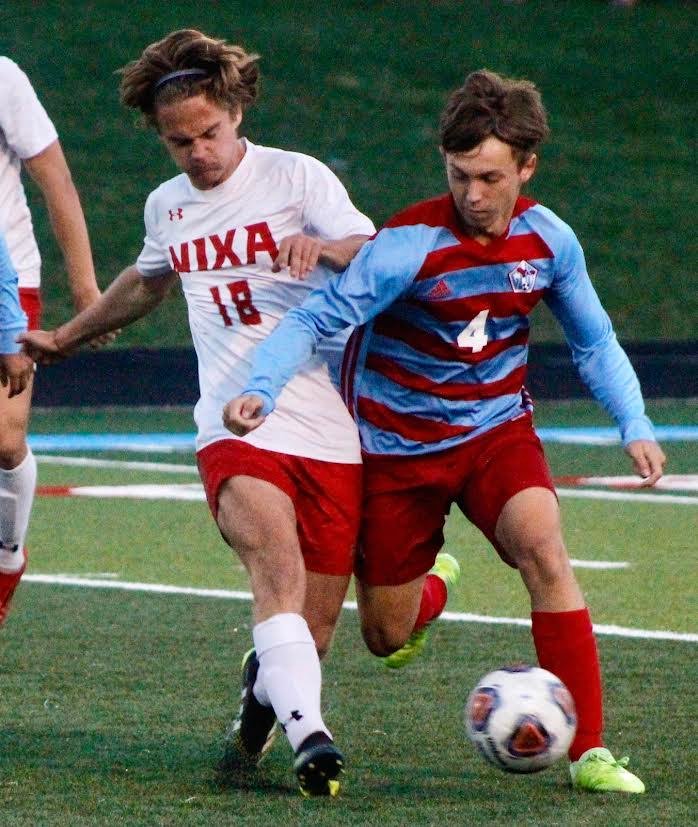 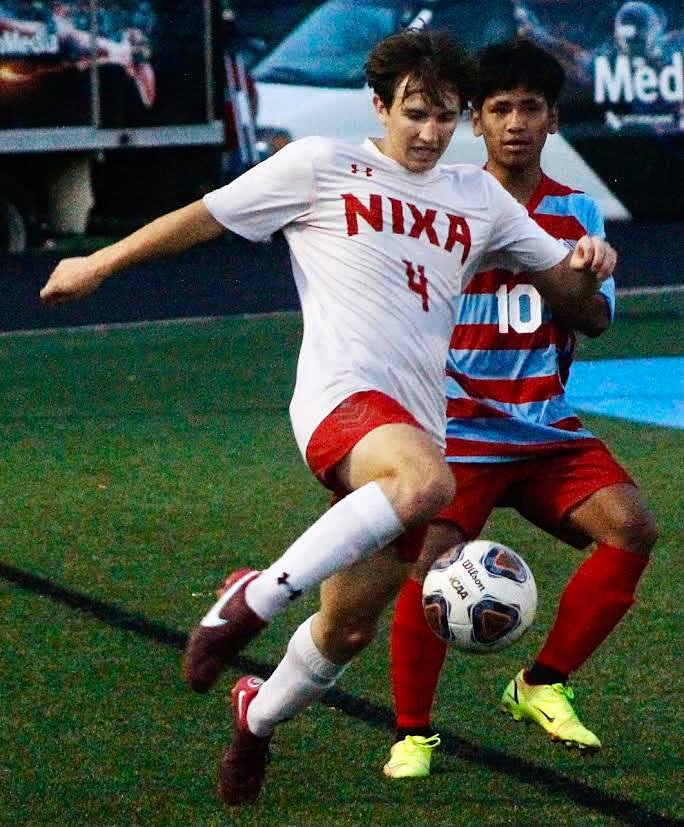 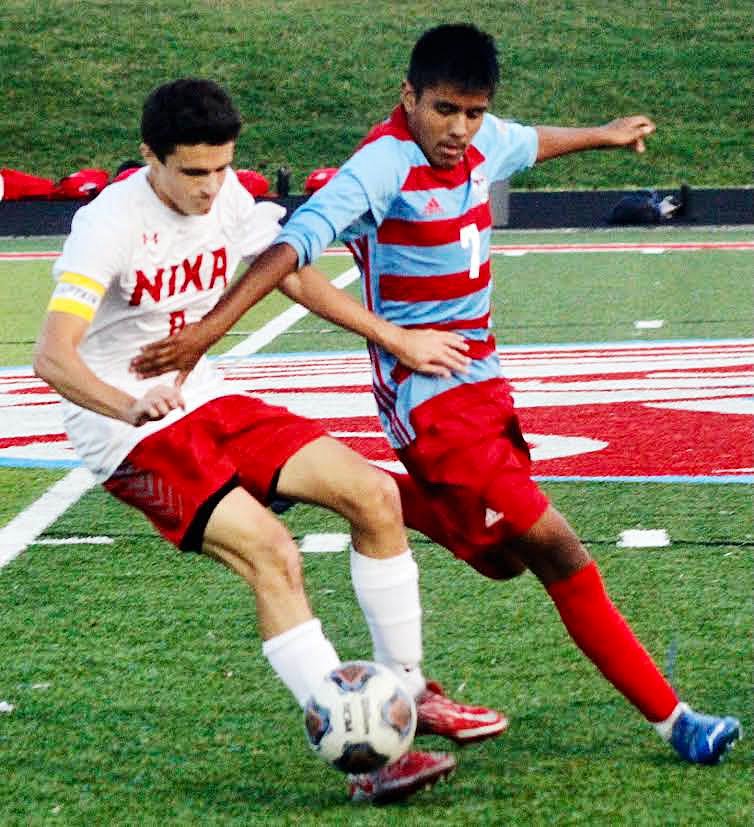 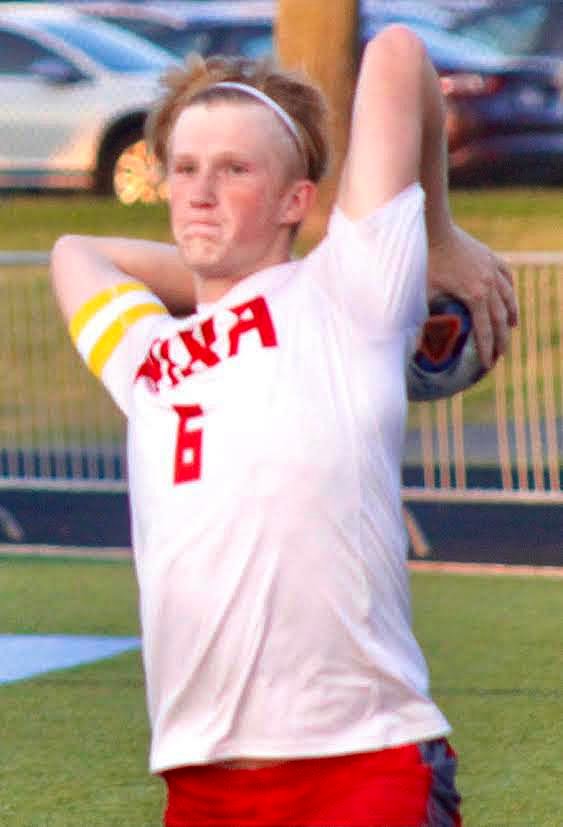 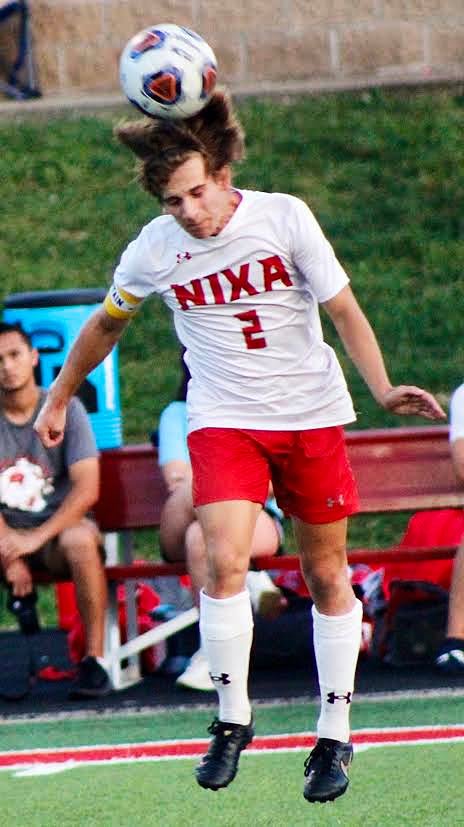 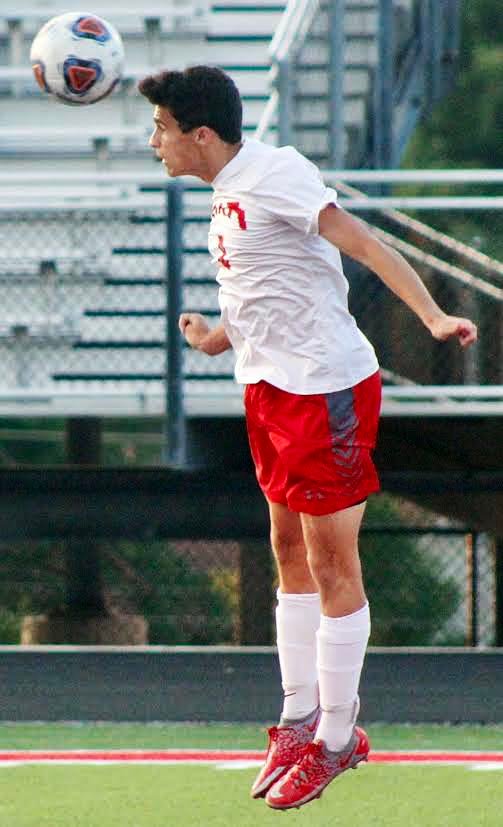 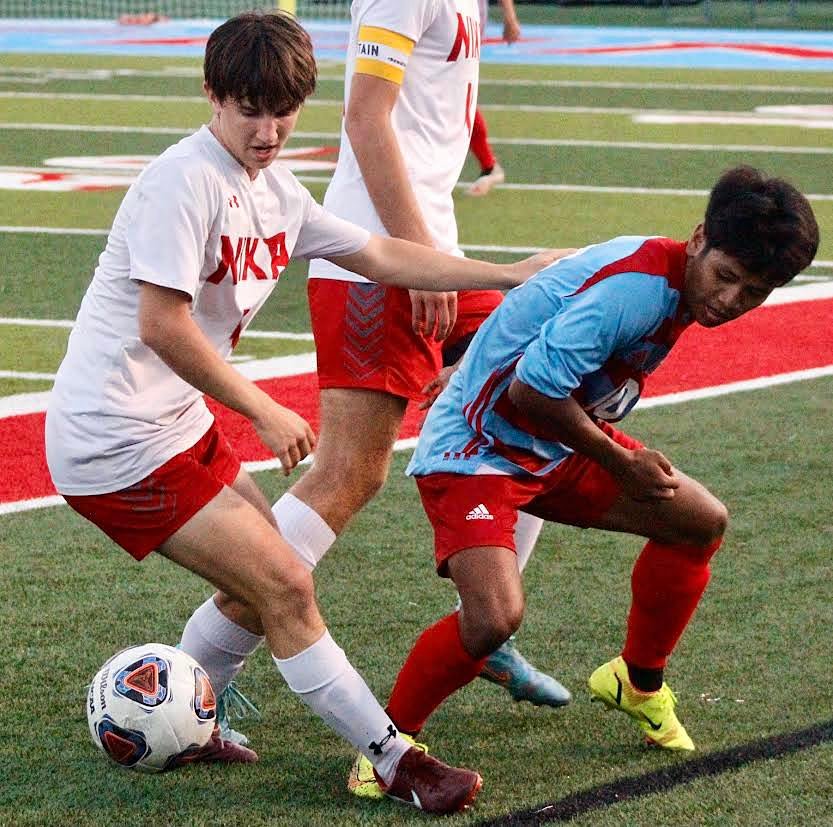 SPRINGFIELD — Defender Kaleb James' breakdown of Nixa's first few weeks is that he and his senior teammates haven't lived up to their hype.

The Eagles are 0-2 against their Springfield rivals, having been blanked 2-0 by Glendale on Wednesday. Earlier this season, Kickapoo handed Nixa a 4-1 defeat.

This isn't how a senior class with seven four-year letterwinners expected their final go-around to get started.

"It has nothing to do with talent. I think we have one of the most talented teams in the conference and the area," James said. "But our senior class right now doesn't have the strength and heart to do it. That's what we're going to have to hammer down on to win these games."

"The seniors have got to show up and show the passion they have shown in the past," coach Evan Palmer said.

Nixa's loss to Kickapoo featured a slew of veterans on both sides. But Glendale was hit hard by graduation last spring, losing seven three-year starters.

Yet, the Falcons broke a scoreless tie versus the Eagles with a goal 12 minutes into the second half and added an insurance tally midway through the second half.

Nixa was often quick with the ball while moving it downfield. But the Eagles never could close.

"At the end of the first half, we should have had a few goals," Palmer said. "It wasn't for lack of chances. The second half, how many balls were in the box and on the ground that we got a touch on and they didn't go in. You have to finish those. We haven't won the boxes in the big games. You've got to win both boxes. If you don't, you're going to leave things in balance.

"We dominated them, but couldn't find the back of the net," James said. "It comes down to mental strength, wanting the ball and wanting to win more. The way everybody was walking around, it was like we had already lost with 10 minutes left."

Palmer can only hope Nixa responds in similar fashion to its 3-4 start last year that included losses to Kickapoo, Glendale and Ozark. The Eagles went on to win nine straight.

"It's gut-check time," Palmer said. "I don't know what it's going to take to get these guys fired up and ready to go. These boys have it in them. That's what is more frustrating than anything, they have it in them to be really good. But they're not showing it right now. Until we do that, we will leave games like this in the balance and have a very disappointing season."