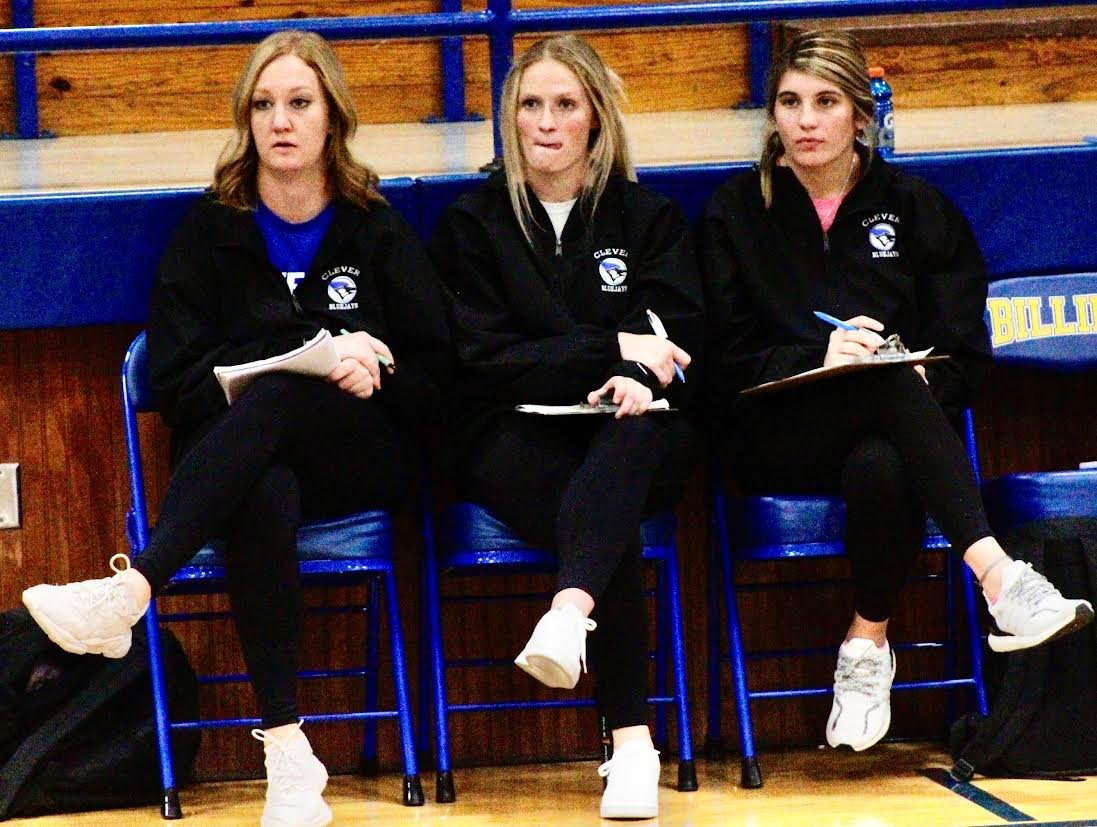 It's a sign of new Clever coach Bri Walsh's confidence in her players that she is not huddling with them on game nights.

That's a familiar refrain in every sport within the coaching fraternity, but few coaches back up the sentiment in the manner Walsh does. During timeouts and in between sets, the Lady Jays will form a circle to talk strategy, while Walsh stays in her seat and discusses the match with her assistants.

"The best teams I've played on or coached were player-led. If your team is led by your coach, you're in trouble," Walsh said. "These kids know I trust them. It's not anything personal or that I'm mad at them. I trust them so much that they have the ability to lead each other."

"It's nice to know she has confidence in us," middle hitter Addie Gilmore said.

Walsh's return to her alma mater is off to an exceptional start. Clever entered this week with an 8-2-2 record that includes a runner-up finish at the Forsyth Tournament and sweeps of Crane, Aurora, Sparta, Billings and Spokane.

Walsh, a 2007 Clever grad, started her coaching career as an assistant at Missouri State-West Plains, before being a head coach at Willard Middle School and Springfield Central. She never expected to be back at her alma mater.

"I always said I would never be that hometown girl who goes home," she said.

In a sense, Walsh feels like she has had a fresh start at Clever. She did not attend classes in the current high school building, which opened in 2008.

"I was the last (graduating) class in the old high school," Walsh said. "I enjoy that I don't have any playing memories in the new high school. All my memories are created by watching them, that's been special for me."

Walsh thinks her transition couldn't be going any better and is happy how the Lady Jays have adjusted to her.

"Making the decision to come back to Clever, it was a two-way street. They had to choose me and I had to choose them, as well," Walsh said. "Thinking through the process of going back home, I wanted to make sure I was going to build upon our tradition and culture and grow that. Also, I'm a very intense coach. They had to know that going in; that it was going to be tough and we were going to have to overcome some adversity and do some things differently. That opened the line of communication. They were ready for it and I was ready for them.

"These are the best students I've been around in the three schools I've been to," she added. "I genuinely enjoy going to work and going to practice for these kids every day. I love it."