Breeden’s comeback from broken back has helped solidify Nixa secondary 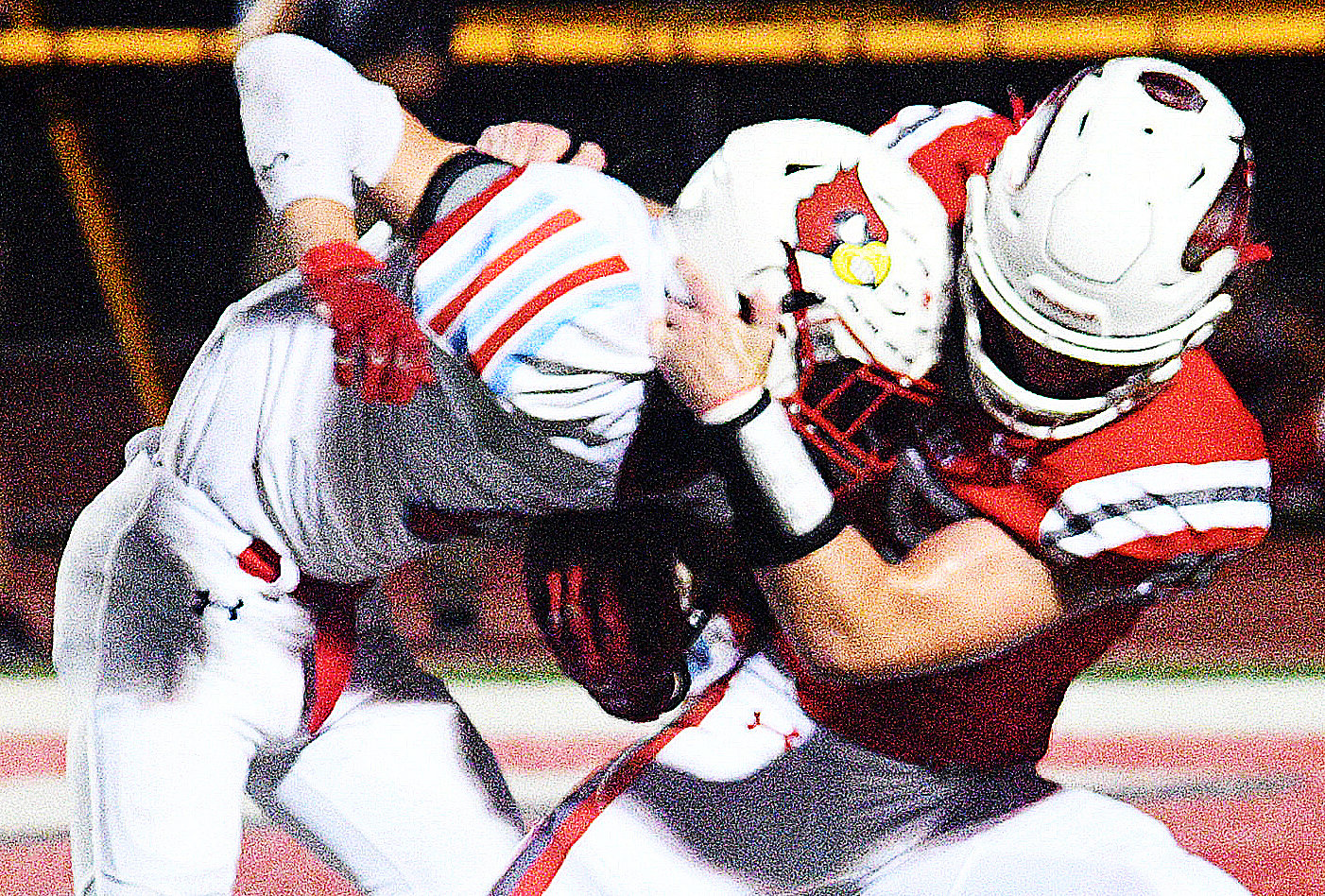 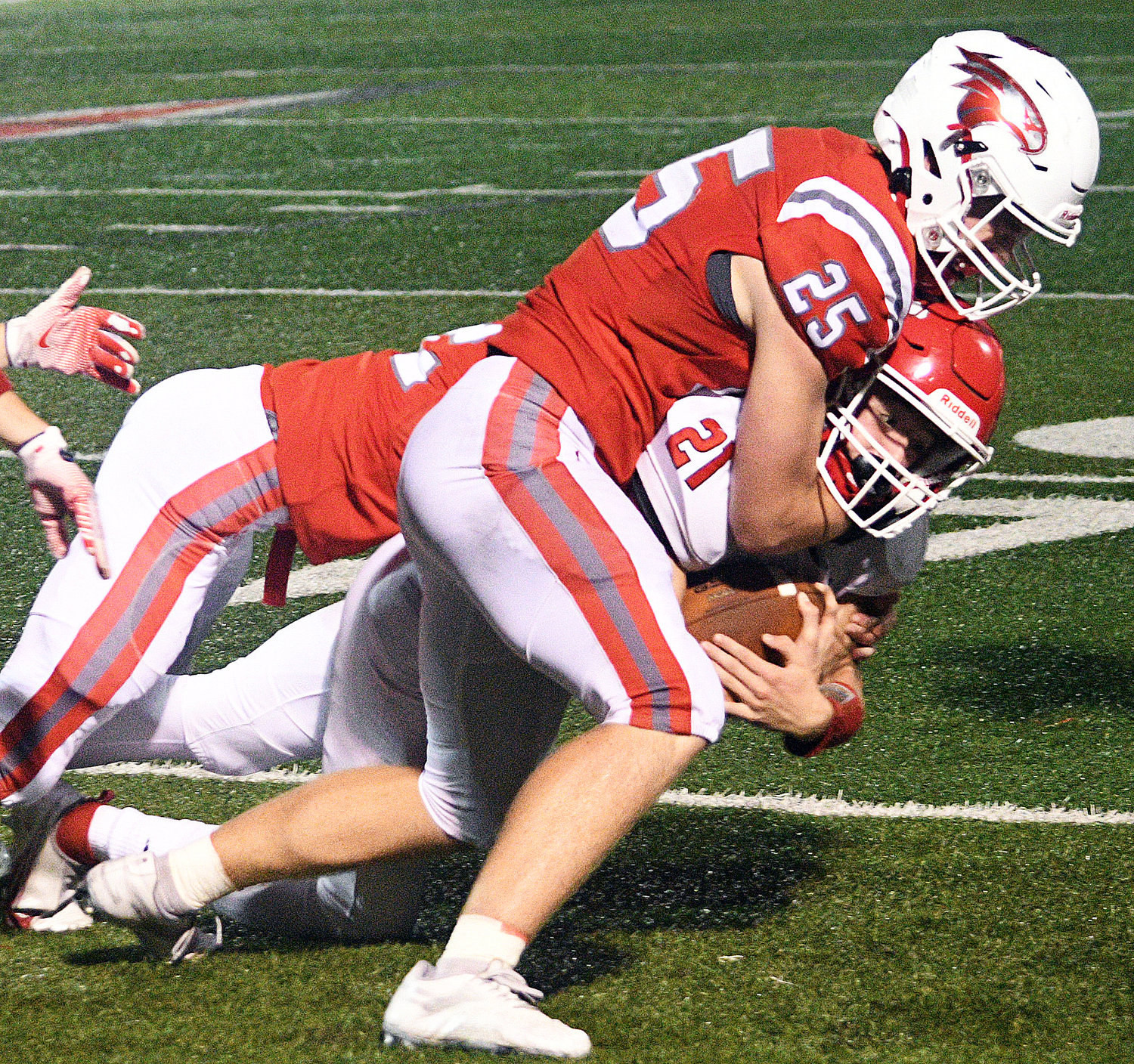 Nixa coach John Perry sent out a tweet this week proclaiming “The place to be in southwest Missouri is Nixa” for the Eagles’ COC showdown Friday against Carthage.

Nixa free safety Cody Breeden went a step or two further while hyping the titanic tilt and feels Eagles Stadium will be the place to be in all of Missouri.

“This is the game of the week in the state, two of the best teams in Missouri,” Breeden said. “I’m excited to see how it is going to turn out.”

Breeden’s perspective on Friday nights a year ago was from the Nixa student section, with his recovery from a broken back sidelining him for his entire junior season.

Breeden suffered a thoracic spine fracture of the sixth vertebrae (T6) below his shoulder blades. It was a football injury that nearly went undiagnosed. In fact, he played almost all of his sophomore season on Nixa’s jayvee unbeknownst of his injury.

“I originally hurt my back in the (season-opening) Branson varsity game two years ago,” Breeden said. “We were up by a lot, so they put me in at running back. I put my head down (on a carry) and (a defender) crowned me and broke my back. But I didn't know I broke my back until three months later when I fell down stairs.

“I fell down only like four stairs. But when I slipped, my back hit the stairs,” he added.

The pain was excruciating enough that Breeden knew to get his back X-rayed. He considers it a lucky break, no pun intended.

“Actually, I'm kind of glad that happened because I didn't know I had broken my back,” he said. “I could have made it a lot worse. It was good to realize I was hurt and had to give myself some time off.”

Breeden wasn’t feeling so fortunate at the beginning of his idle time. He received a harsh blow when doctors told him he had played his last snap.

“They told me I couldn't play sports any more,” Breeden said. “It was awful. I was super down at first and went through levels of depression, like anyone would. But I definitely had the typical teen-age kid response of, 'Oh, I'll be fine.' I wanted to go against the doctor's orders. But I knew that wouldn't turn out good.”

“I went through six months of (physical therapy),” he said. “My recovery was faster than (doctors) thought it would be. After a while, the neurosurgeon cleared me. So, I started working toward getting back on the field for football for my senior year.”

Coming back from such a serious injury, Breeden was naturally apprehensive initially when the time came to lower his heads and shoulder pads and charge toward a ball-carrier.

“My Mom didn't want me to play. Me and my Dad sat down and talked about it and we decided I might as well come out and see how it goes,” he said. “I was hesitant at first in the summer. But after the first couple of games, I haven't had any worries.”

Through eight games, the 6-foot-0, 185-pounder ranks fifth among the Eagles with 46 tackles and is tops on the team with four interceptions and two recovered fumbles.

Nixa coaches and players rate Breeden’s comeback among the most popular storylines of this season.

“He’s come a long way,” linebacker Jaden Aven said. “For him to make a comeback like he has and play at the level he is, I’m really glad for him.”

“For a kid not to play football last year and come back and tackle like he does, Cody has done a great job,” Perry said.

Breeden has emerged as the hardest hitter and leader of what was an all-new Nixa secondary at the start of the season. He’s been joined in the secondary by Keith Piepmeier, Jordan Tyler and Jake Miller. Even after missing last season, Breeden is the most experienced of the defensive backs.

“I’ve tried to be a leader and ‘coach up’ back there as much as I can,” he said. “But I still need to be ‘coached up’ about a lot of things.”

Perry points out Breeden responds to being ‘coached up’ as well as any of the Eagles.

“He’s taken criticism well,” Perry said. “He thanks me for getting on him and keeps getting better and better.”

Breeden traveled to Carthage a year and watched as the Tigers dominated Nixa 35-12. Home or away, he was in attendance for all 11 Eagles games.

“I was a big supporter,” Breeden said. “It was sad. But I was happy to watch from a new perspective. It was still fun.Being up there in the stands, you get to watch the game. But you don't really know what is going on with the mindset of the players on the field.

“I didn't know how this season would turn out at first,” he added. “It's turned out pretty good. I’ve been having a lot of fun.”