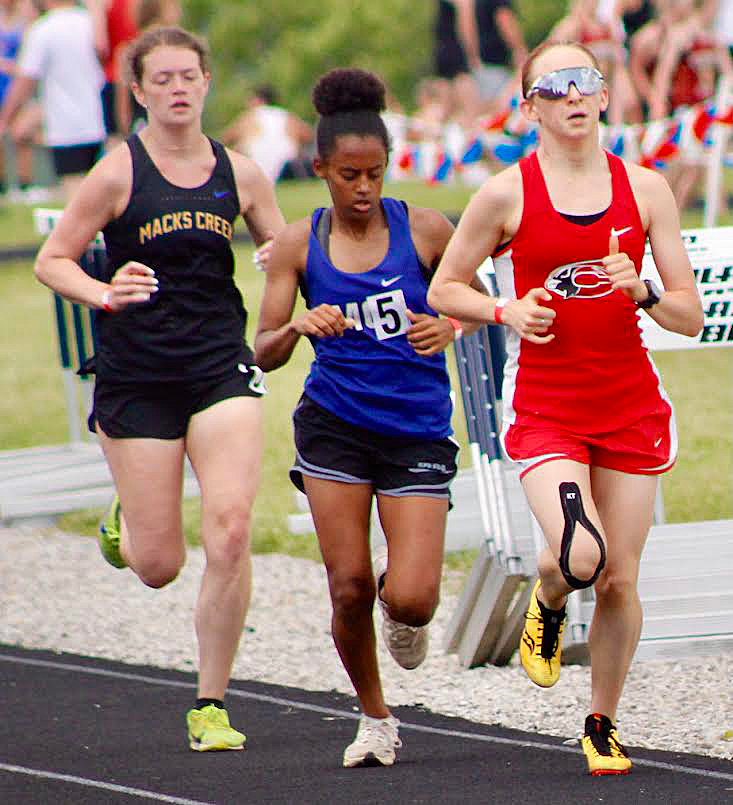 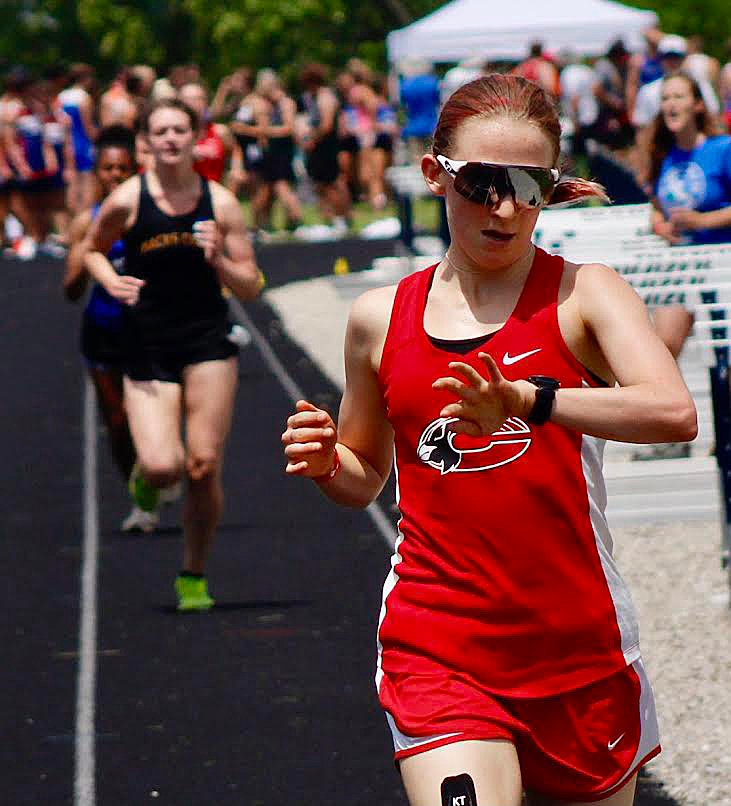 Gretchen House is on her way to Jefferson City for the Class 1 State Track Meet this weekend and is planning a trip to Hamburg, Germany, for the World Triathlon Series next year.

Her immediate success in track stems from her background as a gymnast in her early youth and her triathlon training over the past three years.

“I was a gymnast for a long time before I had a back injury,” House said. “I wanted something else that would challenge me and there was something about the triathlon appealed to me as what I wanted to do.

“I already had a lot of strength built up from gymnastics,” she added. “I’ve had to work hard to get where I'm at. I’ve always felt God gave me ability and I'm trying to use it the best I can.”

She trains by running on Chadwick’s new track, biking along back roads around Sparta and swimming at the Ozark Community Center.

“It depends which one is going best at the time,” House said of which portion of the triathlon she enjoys the most. “Biking was fun to learn and it's the one I've progressed the most. Swimming in a lake is always fun. As long as my head's on right, running is probably my best event.”

“I’m really happy to get to go to Germany,” House said. “It’s been a dream for a long time. I’ve thought about switching my (foreign language) class from Spanish to German for my sophomore year.”

“It was nice to have competition to push me,” she said. “They were there with me a little longer than I expected. But it was great, a lot of fun. I was glad I was able to pull away.”

House is entering State with the mindset of winning a gold medal in the 1,600.