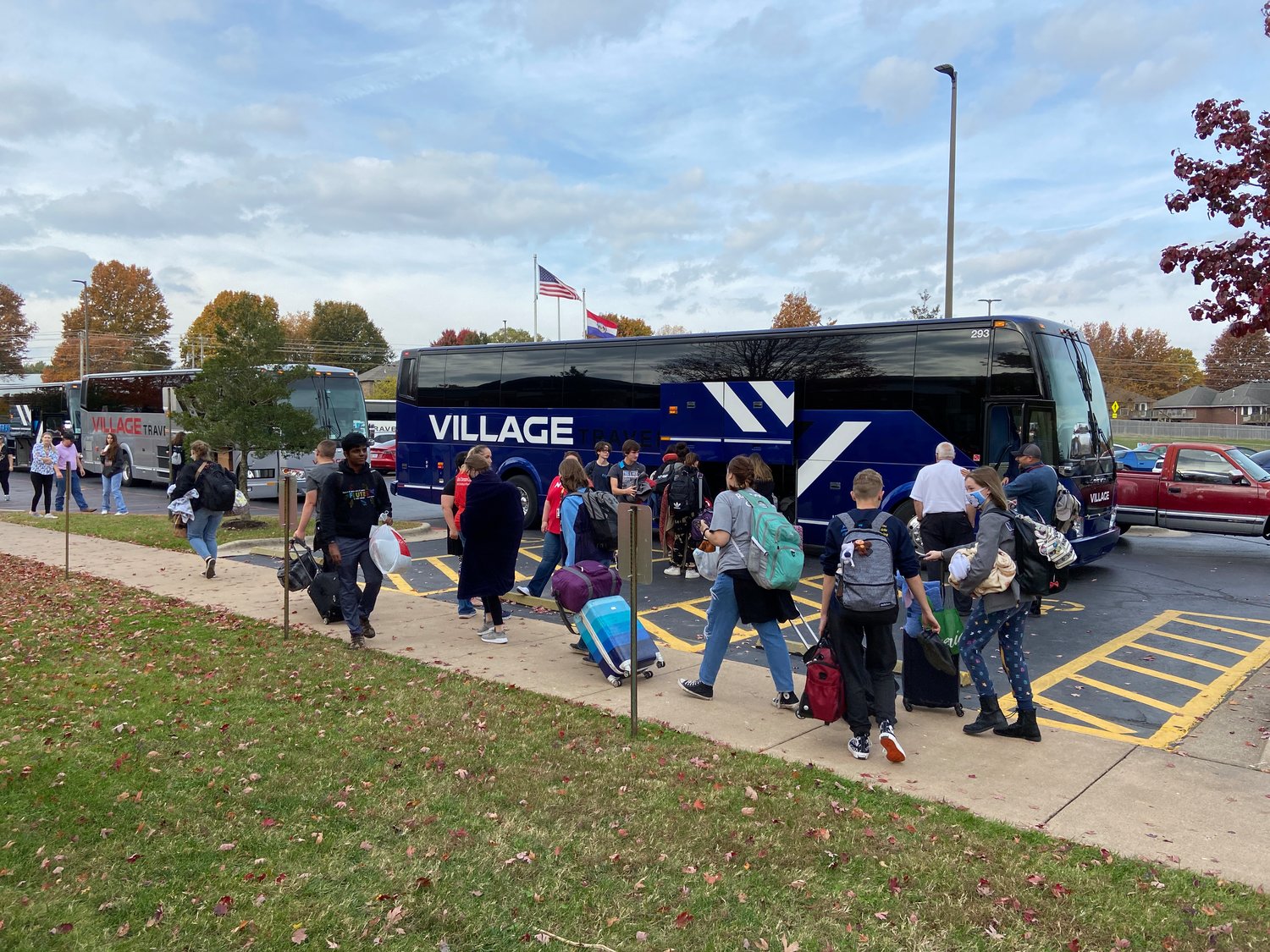 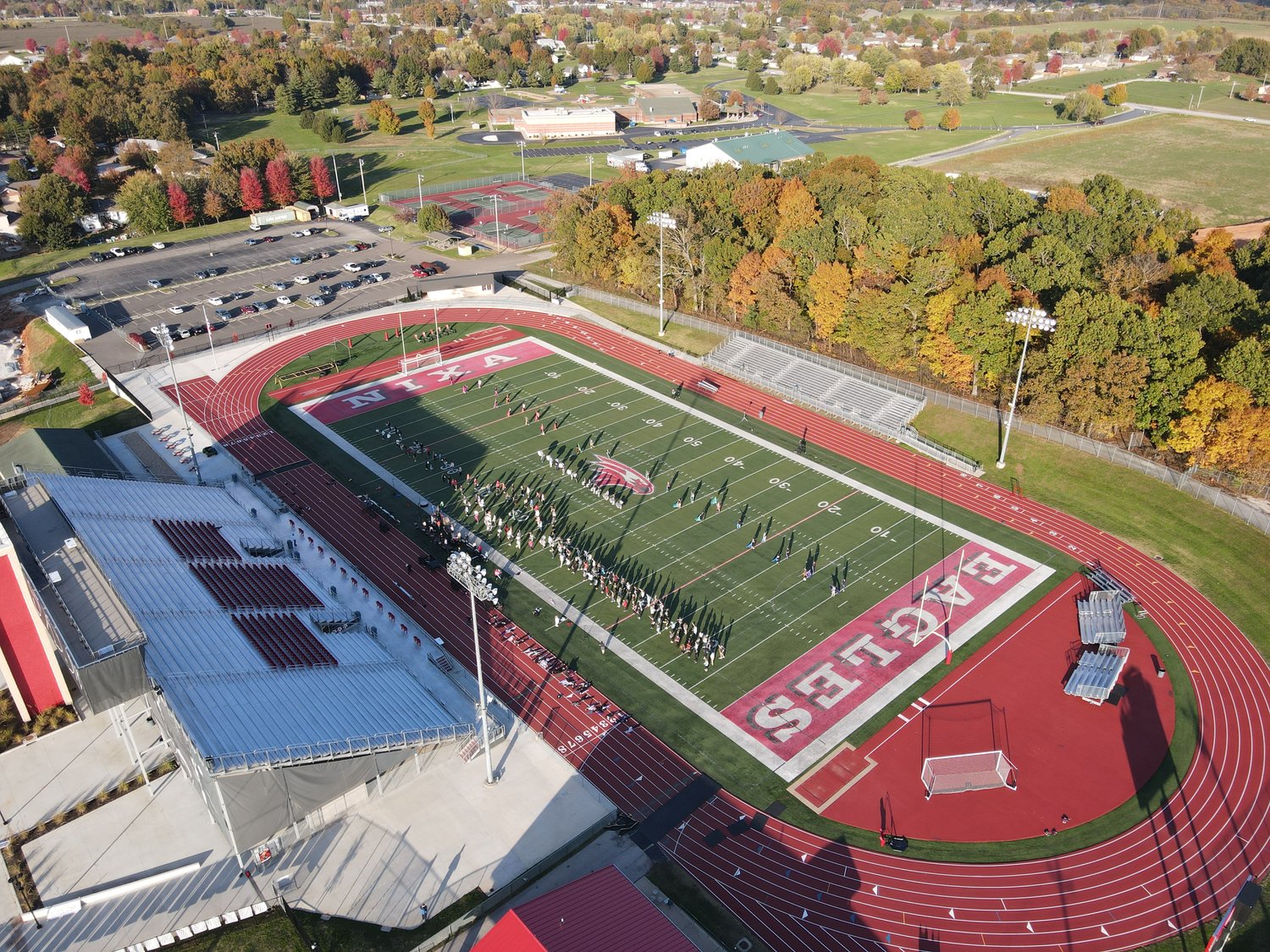 THE NIXA CRIMSON CORPS practices its 2021 show on the turf at Eagle Stadium in November.
Submitted photo 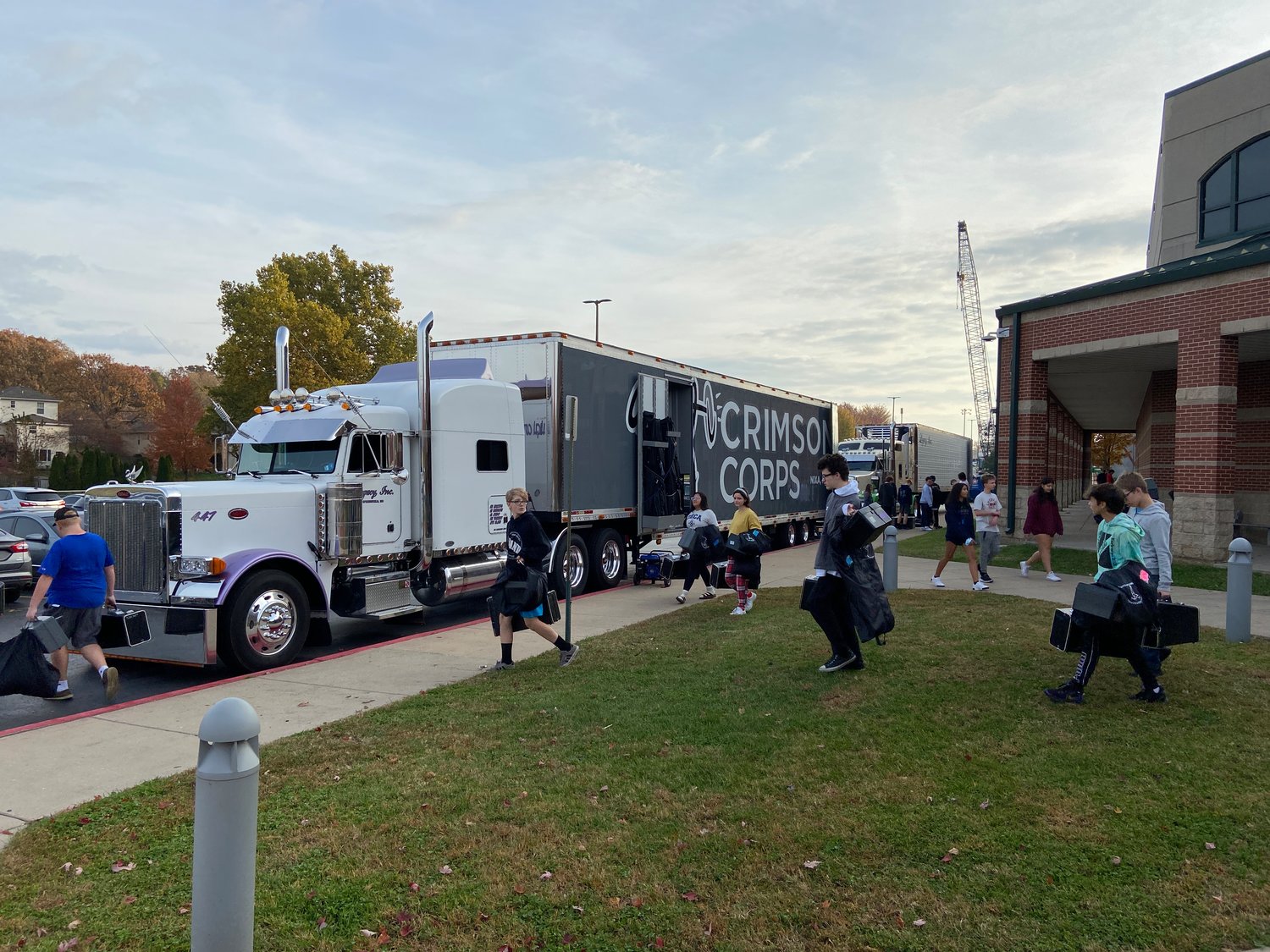 A typical marching and competition season ends in October for the Nixa Crimson Corps, but the chance to compete at the Grand Nationals extended the band season by about three weeks.

The Grand National Championships is a three-day event held at Lucas Oil Stadium, home of the NFL's Indianapolis Colts and an array of special events. The event brings in marching bands from all over the nation, and draws in music and marching fans from across the United States.

Bands receive recorded evaluation from panels of leading educators and marching experts, along with written scoresheets. Forty-five bands perform in each of the two preliminary contests, balanced with similar numbers of bands from each class. Thirty bands then advance to the semifinals through a formula designed to ensure inclusion of representatives of each of the four classes, and the top scoring bands from the two separate preliminary contests and the overall event.

The top 12 scoring bands from the semifinals, regardless of class, advanced to Saturday evening’s finals.

Nixa’s band did not advance past prelims, but stayed to watch and learn from the finalists competing on Nov. 13.