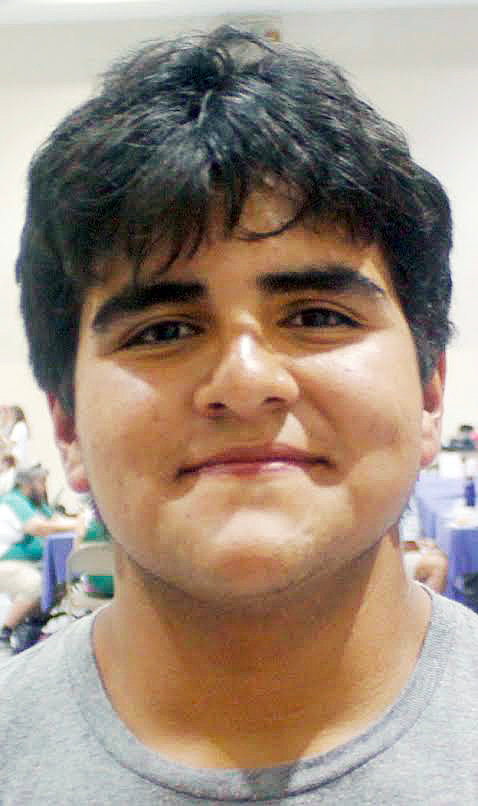 Gabriel Duarte continued to exceed his pre-season expectations by winning the discus at the Class 2 Sectional 3 Track Meet on Saturday and earning himself a berth to the Class 2 State Meet.

Duarte broke his personal record and school record with a winning throw of 134-3. His old record was 133.

“The season has been way more than I expected,” Duarte said. “Last year, I placed fifth and didn't make it past Districts. I never won a meet last year.

“This year, I have won five or six meets and got first at Districts and now at Sectionals,” he addd. “It's been a great season.”

His winning throw came on his second attempt. He knew it was a good one right away.

“You can feel it come off your fingers either bad or good,” Duarte said. “I felt it come off my fingers great. I knew it was going to be further than any other throw.”

Duarte reports his technique and strength have improved.

“I was looking at some of my spins from last year and I definitely didn't have my technique where it needed to be,” he said. “Also, I’m a lot stronger. I've been lifting a lot of weights and eating more to try to build up more muscle.”

Duarte is also going to State in the shot put. He was third at Sectionals with a PR of 44-41/4.

Duarte is headed to State with the goal of earning himself a medal.

“That would be insane,” he said. “No one at (Spokane) has ever gone to State in the discus, shot or javelin. I’m the first to do it in the shot put and discus.”

Spokane’s Hunsucker holds off Blue Eye's Arnold in 800 and also prevails in 1,600