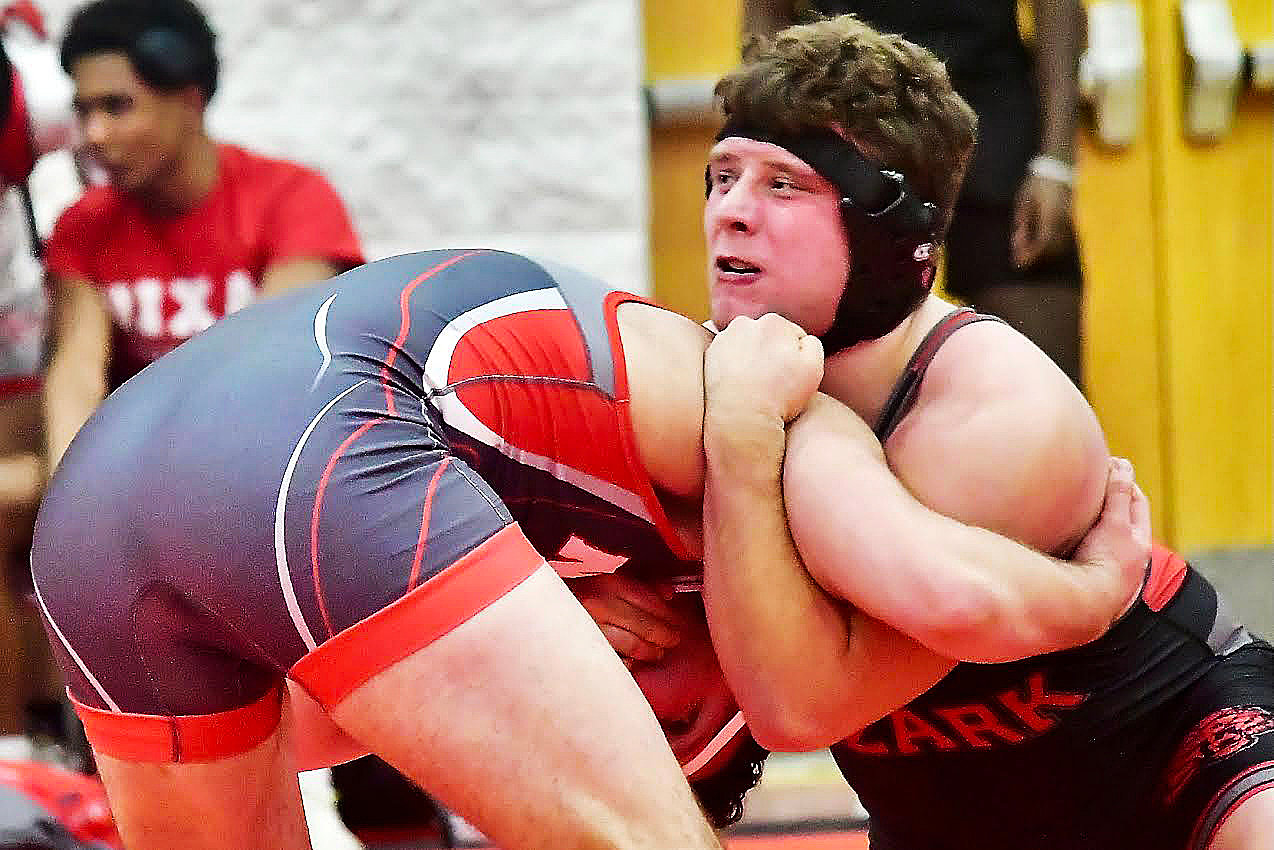 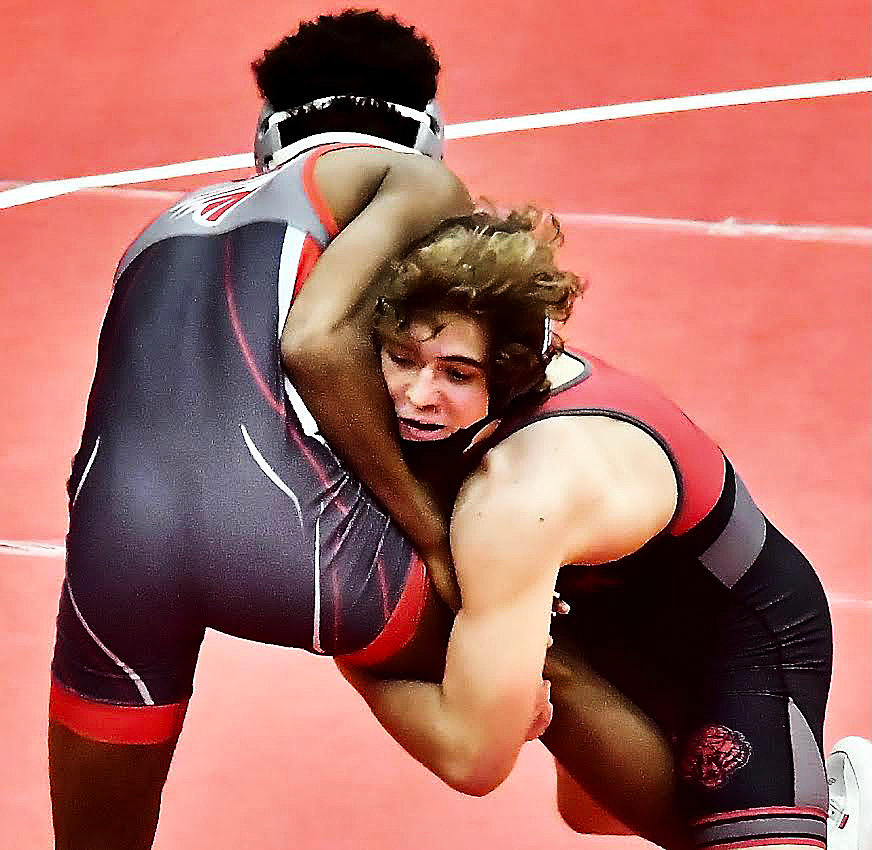 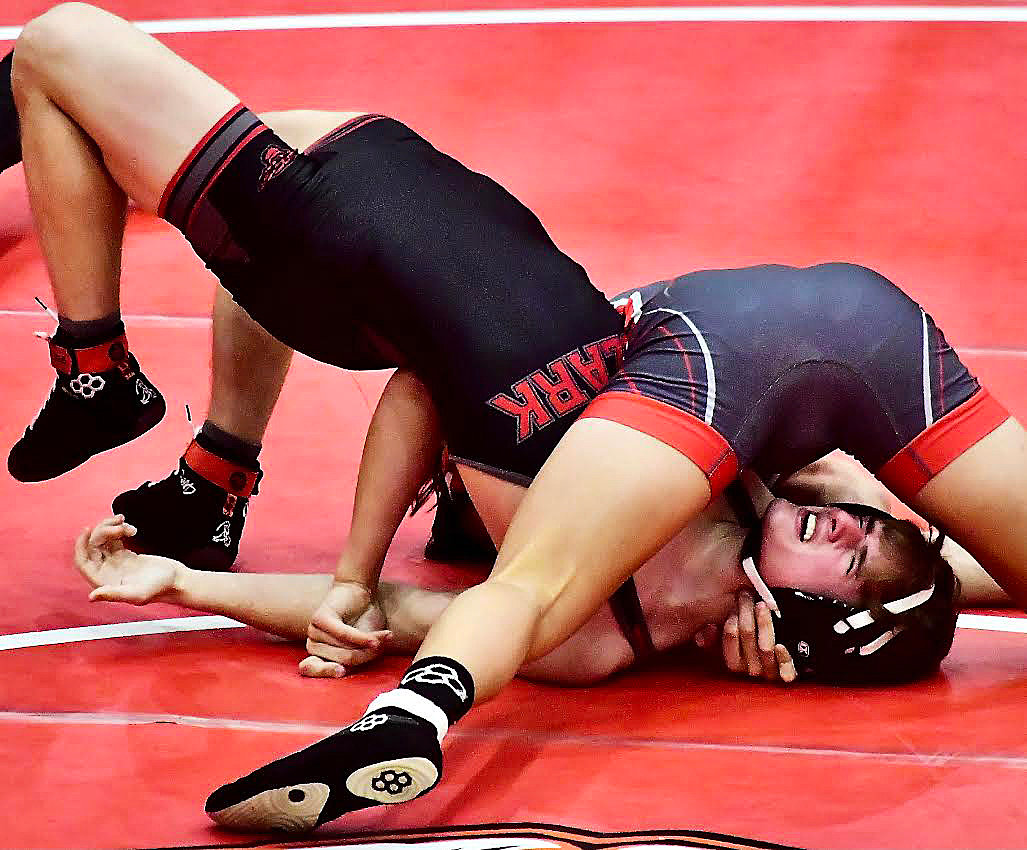 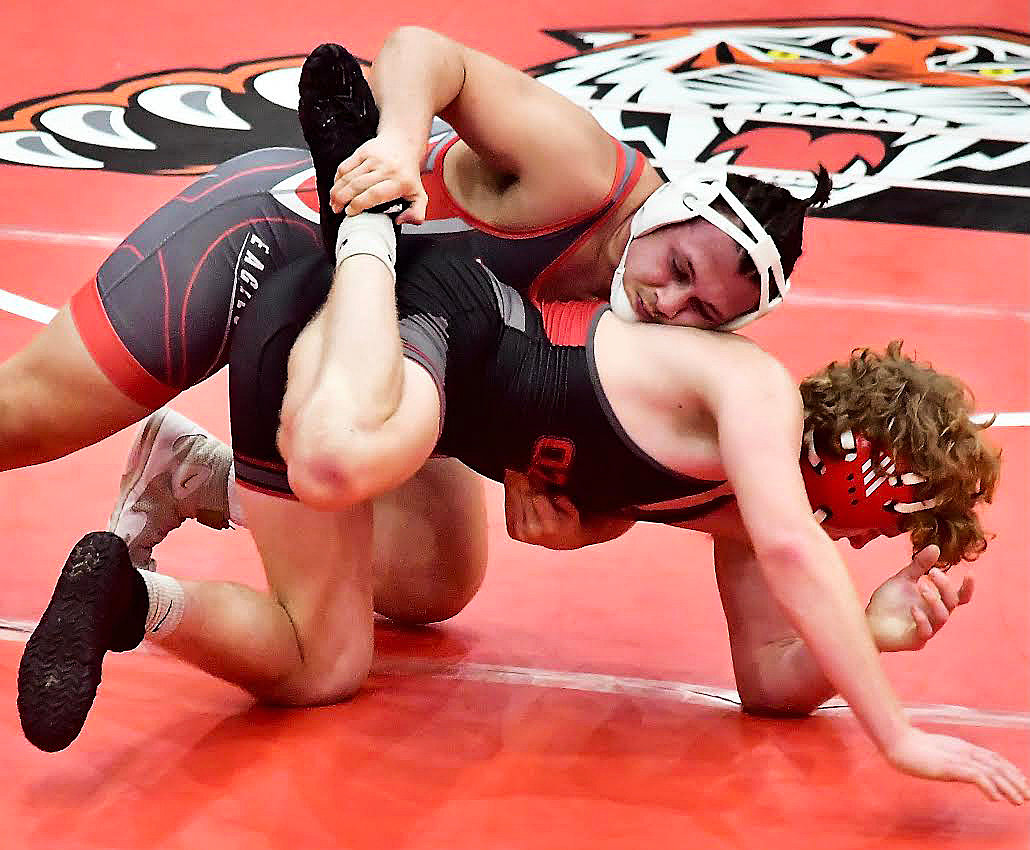 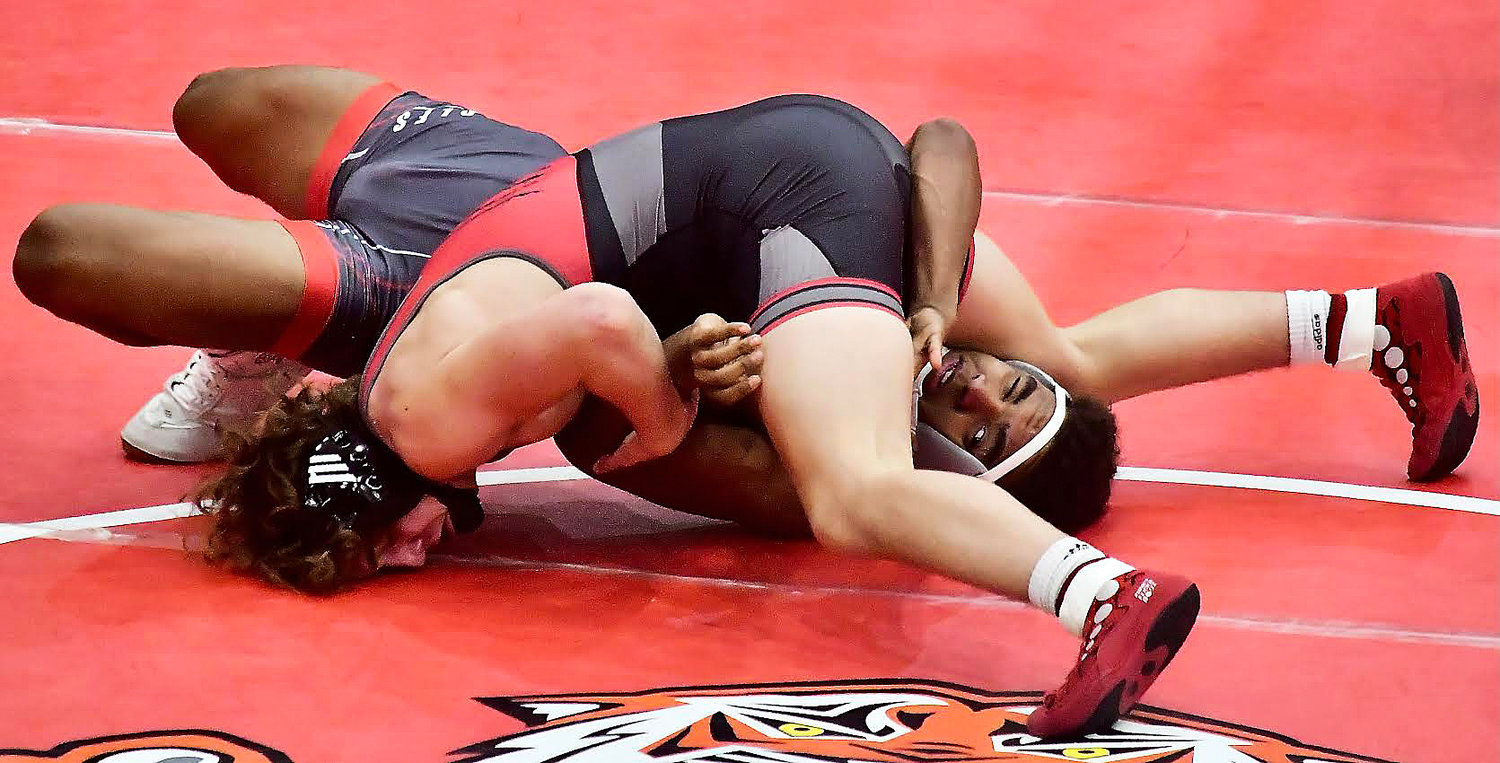 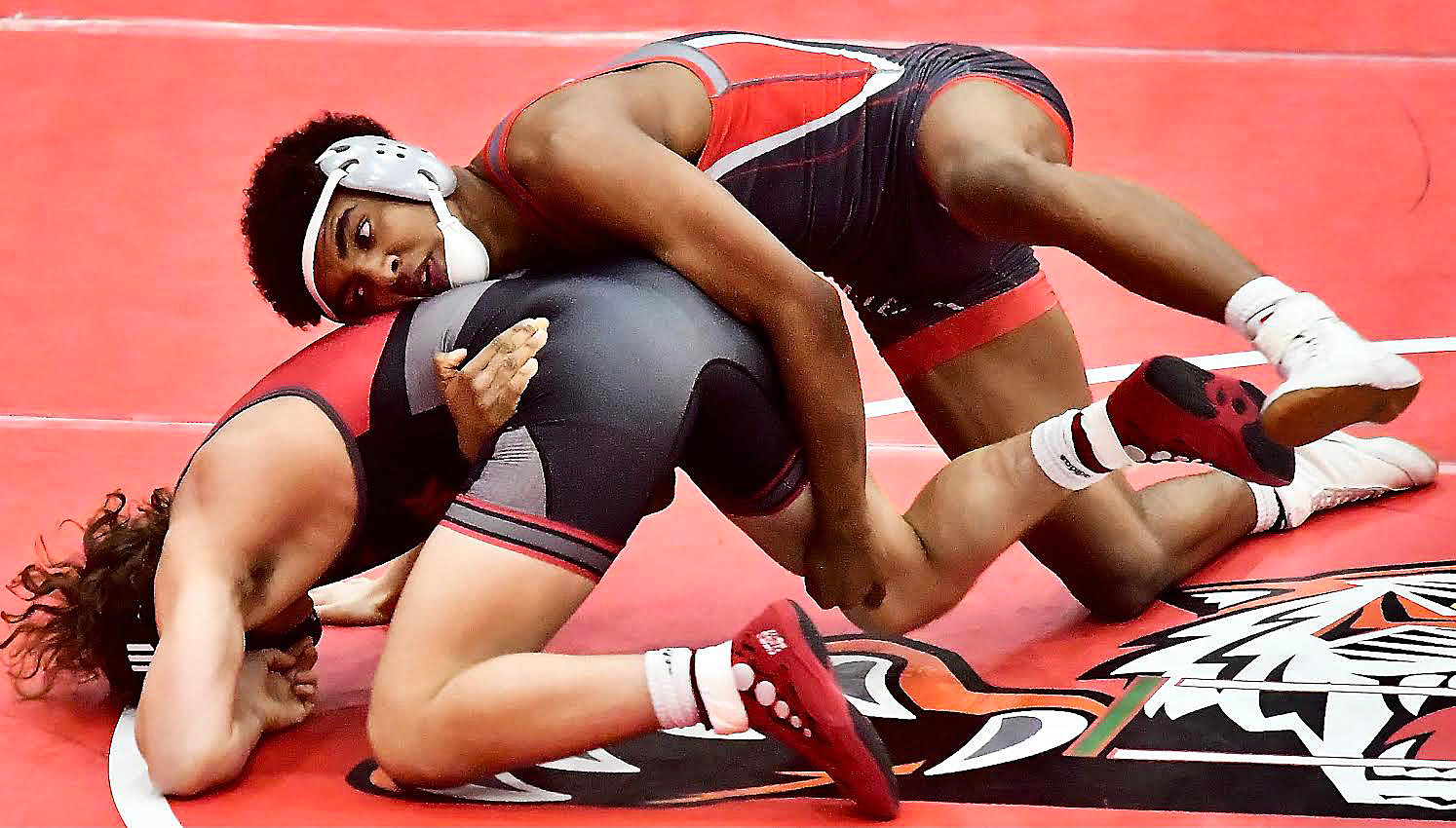 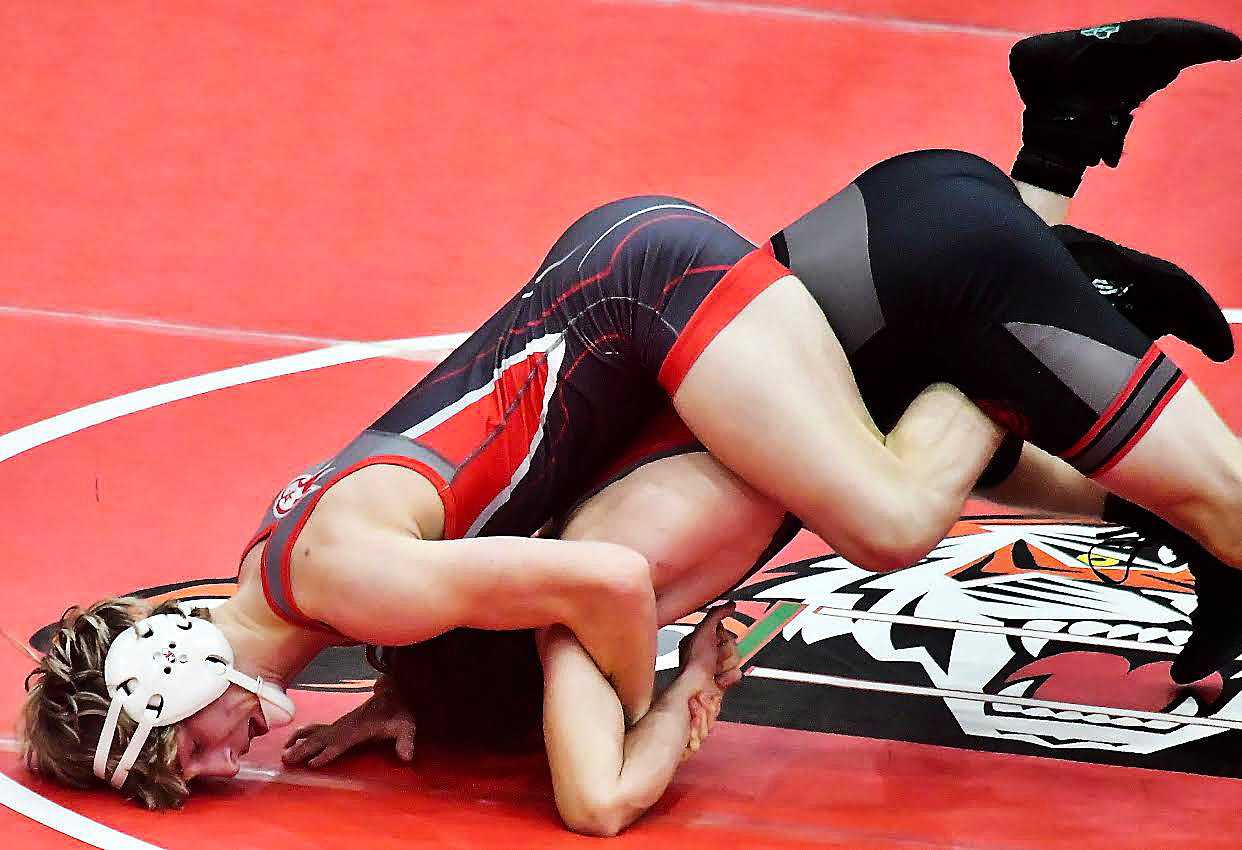 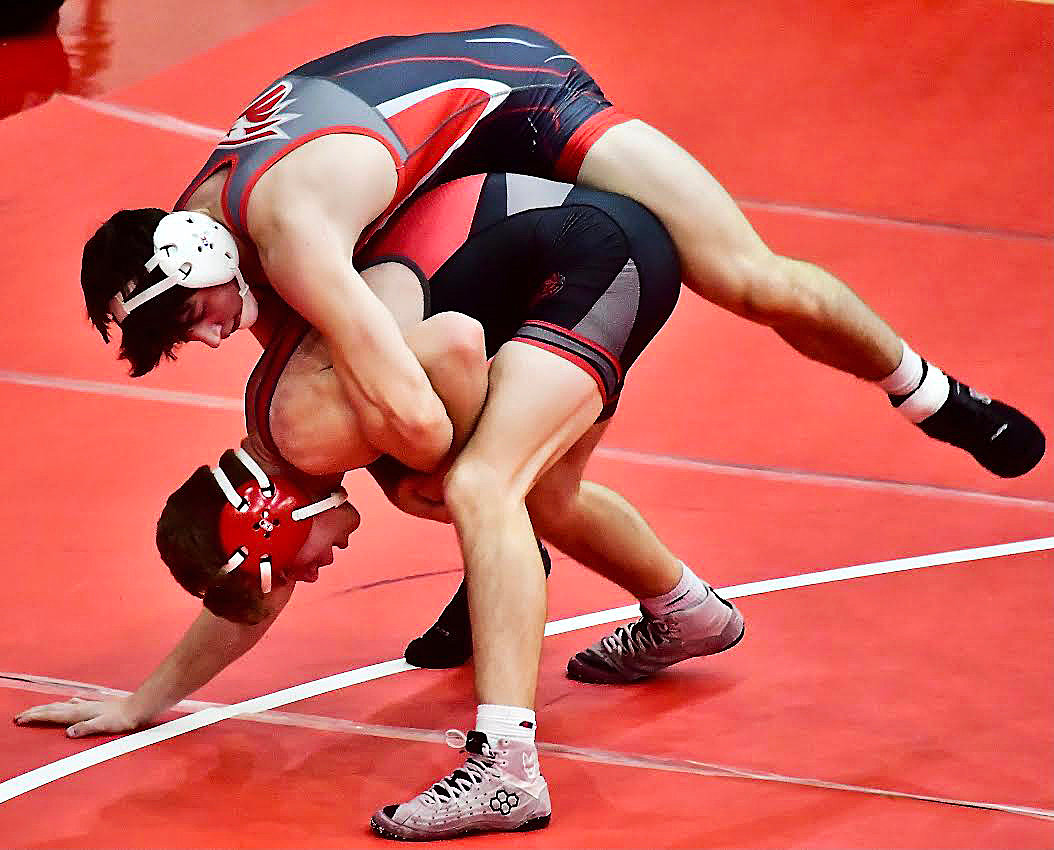 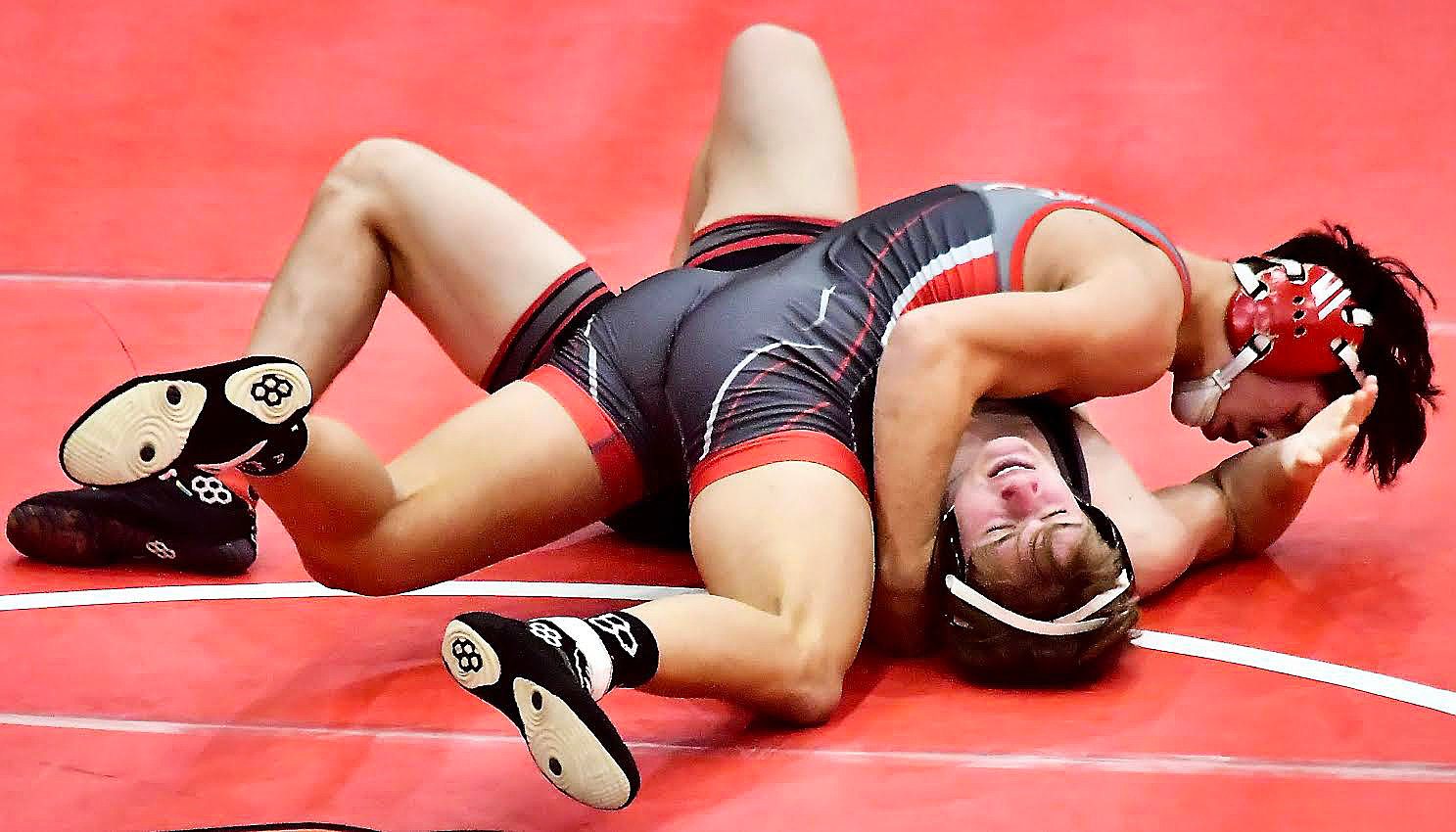 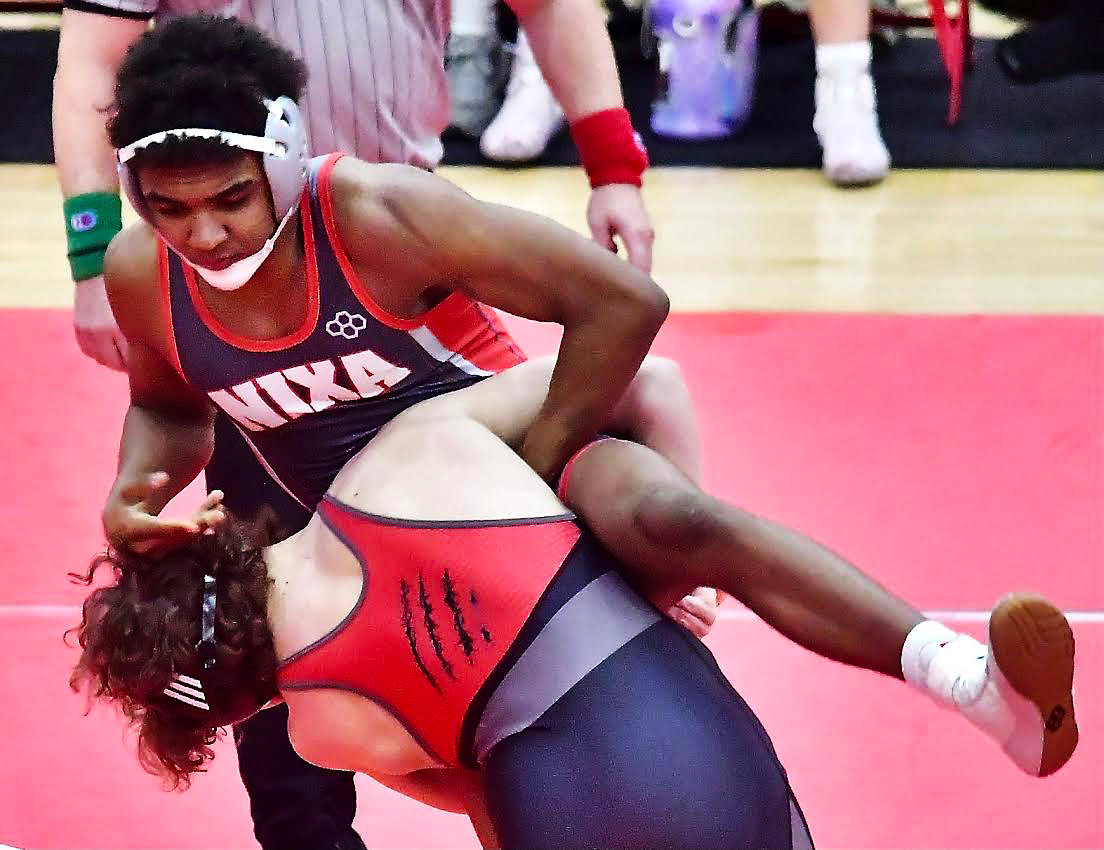 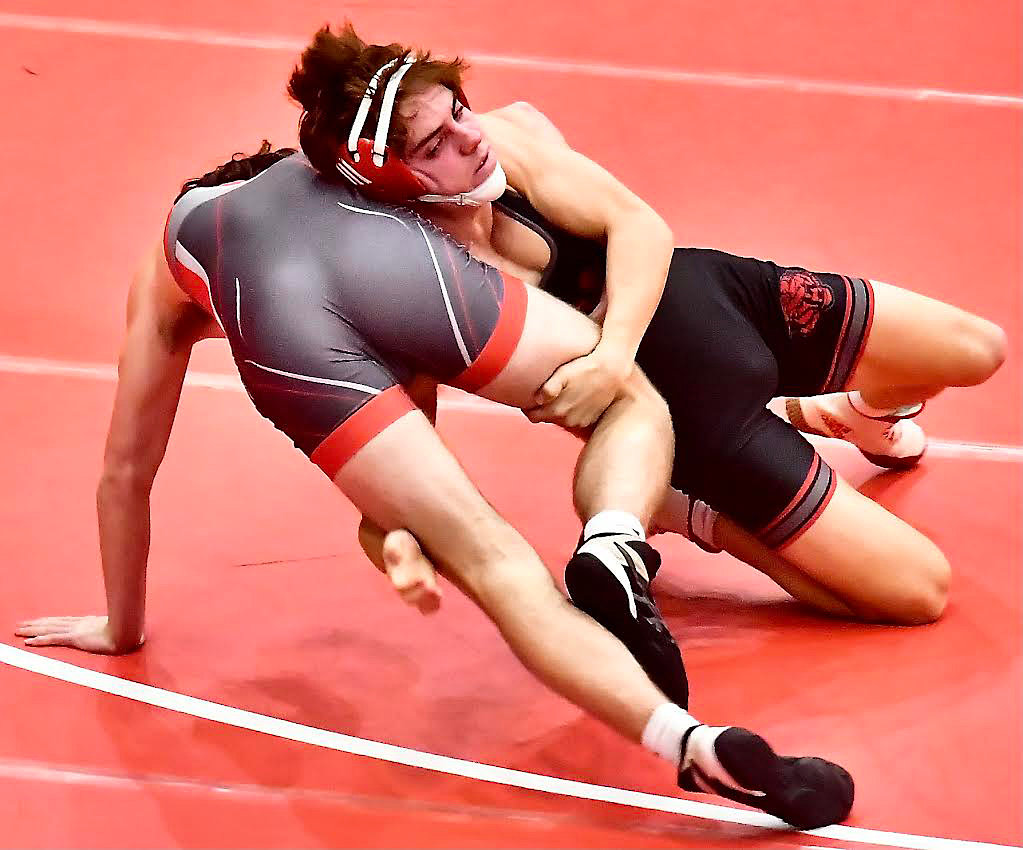 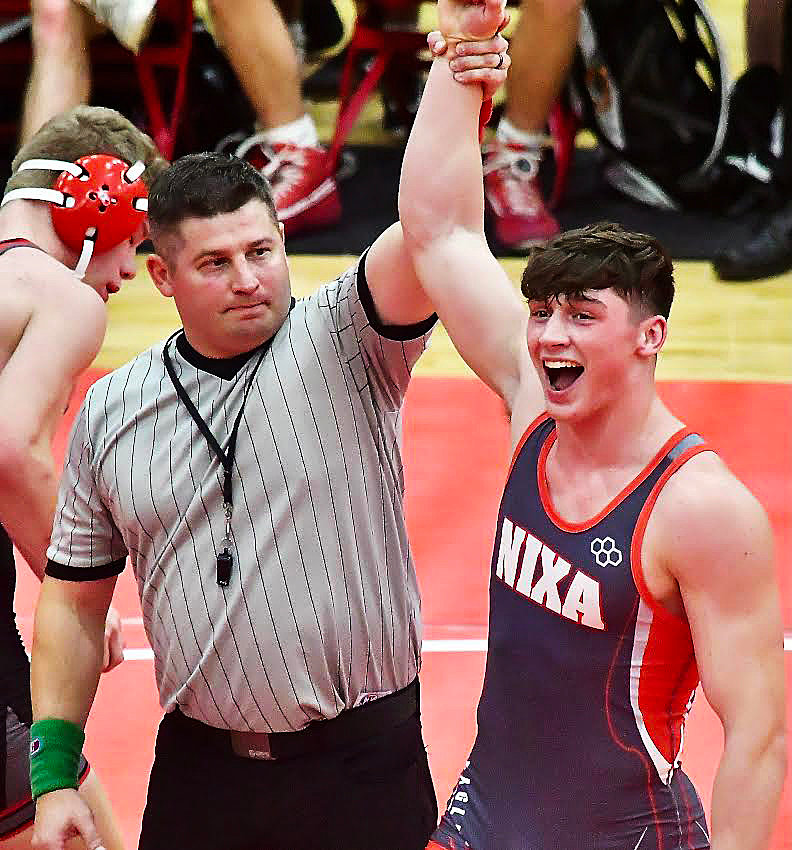 OZARK'S DANIEL LANEY sets himself up for a pin.
PAT DAILEY/HEADLINER NEWS Peyton  Greer did his best to entertain the home crowd and himself while putting a capper on Ozark's 51-24 triumph versus Nixa on Tuesday.

Greer posted a takedown and near-fall in the opening minute of his heavyweight bout with Charles Speake and went on to collect an 8-2 victory.

"There was more action than in most heavyweight matches," Greer said. "It's boring when nothing happens in the first period and then it's about who gets the escape. I enjoy it a lot more when stuff is going on and there is a takedown."

Greer added Speake also helped make the match exciting by refusing to be pinned in the first period.

"That was impressive," Greer said. "I had both of his shoulders so close (to the mat). I don't know if I could have got out of that."

Greer's senior season has seen him show the most  improvement of any of the Tigers. His 26-7 record includes a runner-up finish at the Branson Tournament and a sixth-place showing at the Kansas City Stampede in which he won eight of 11 matches.

"Peyton is gaining confidence," coach Tod Sundlie said. "The Stampede was a turning point for him. He's been wrestling matches that work for him. That's the key right there, staying focused on (his) style and offense. He's pretty tough right now with that."

Greer's escapes are on a dramatic upswing.

"I used to not be very good on bottom. I would get stuck. I would do one move and stop," he said. "My coaches have helped me put multiple moves together and be able to get out."

"You see a weakness, you've got to own it and go right at it to make it right," Sundlie said.

It took a while for Tuesday's dual to get started, with Nixa forfeiting the first five matches and staking Ozark to a 30-0 lead.

Over the last two years, Campbell pinned Brower in three of their four meetings. Brower has now won 11 straight this season and is 21-5.

Glossip started this season 6-6, but has won six of his last seven matches.

Ozark's Daniel Laney is also rolling. He has won eight of his last nine matches, after pinning Tobias Thompson at 150 in 3:11.

"The girls have worked hard to develop and get better," Sundlie said. "They are still just a second-year program while Nixa and Lebanon have been dominating. We thought if everybody would put up a good fight, we'll see what happens and felt like we could make it a good match.

"Collectively, the girls had good energy," he added. "They got some momentum and fed off of each other."