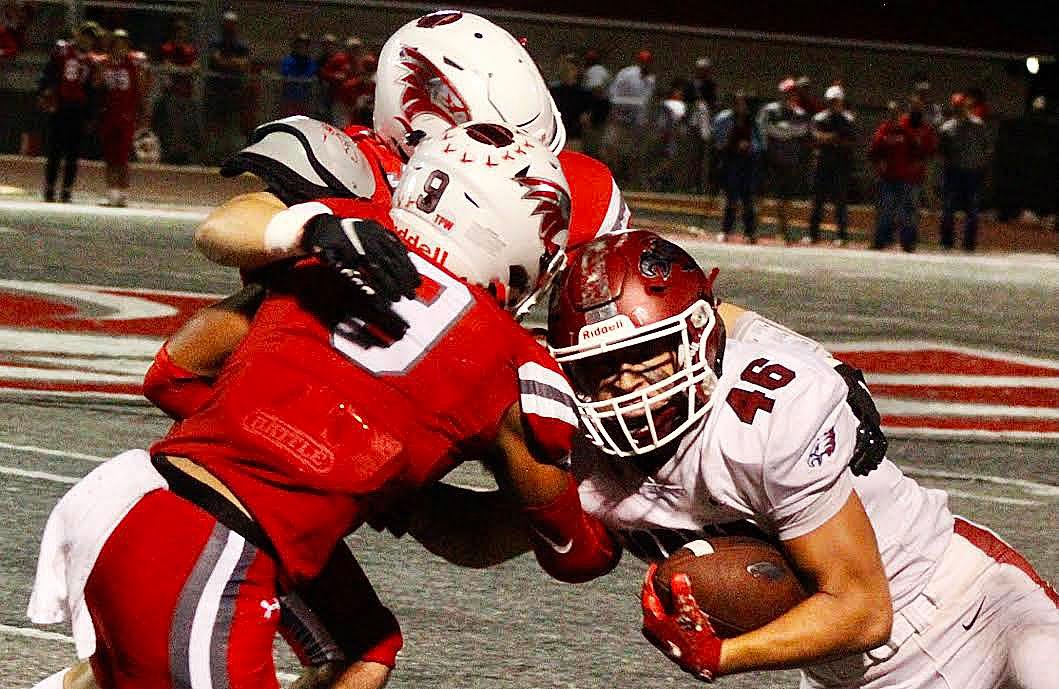 Joplin senior Drew VanGilder couldn't help but think what might have been Friday and later took time to think about what might be.

VanGilder and his twin brother, Draven, attended Nixa through elementary school and junior high, before transferring to Joplin as freshmen. They've since established themselves as stellar linebackers and Drew doubles as a running back and Draven a fullback.

Draven was an All-COC First-Team middle linebacker as a junior last year.

During warmups at Nixa's Eagles Stadium prior to Nixa's 49-35 victory, Drew pondered how he and Draven could have been on the opposite sideline.

"I had to take it all in. I looked around and thought, 'If we hadn't moved to Joplin, I'd be playing here,'" VanGilder said.

"I would have loved to have had both of them," Nixa coach John Perry said. "They are awesome and play so hard. Both are fantastic football players."

The VanGilders are still frequent visitors to Nixa. Their mother lives in Nixa as does their half-brother, Dylan Rebura, who is a sophomore running back.

Rebura is Green's backup and has 313 yards rushing and five touchdowns on 28 carries. Rebura didn't see action Friday as Green ran wild, but debuted at the varsity level last year against the VanGilders and Joplin in a Class 6 District 3 semifinal.

"Last year, we didn't know he was going to get on the field," Drew said. "I was freaking out because I wasn't expecting to see our little brother playing against us as a freshman. It was amazing."

Perry predicts Rebura will challenge Green's rushing totals over the next two seasons. The VanGilders also have high expectations for him.

"As long as he sticks to what he's doing and has a great mindset, he's going to have a great future," Drew said. "I definitely can see him playing at the next level at a very good school."

Drew thinks if genetics are any indication, Rebura will enjoy a growth spurt this school year. Rebura stands 5-foot-9 and weighs 155 pounds, while Drew is a 5-foot-11, 185-pounder and Draven a 5-10, 205-pounder.

"Draven is not so fast, but super strong, I'm kind of fast and strong and Dylan is really fast and strong, too," Drew said. "He's going to get so much bigger. I didn't get bigger until the end of my sophomore year, so I think he's going to skyrocket."