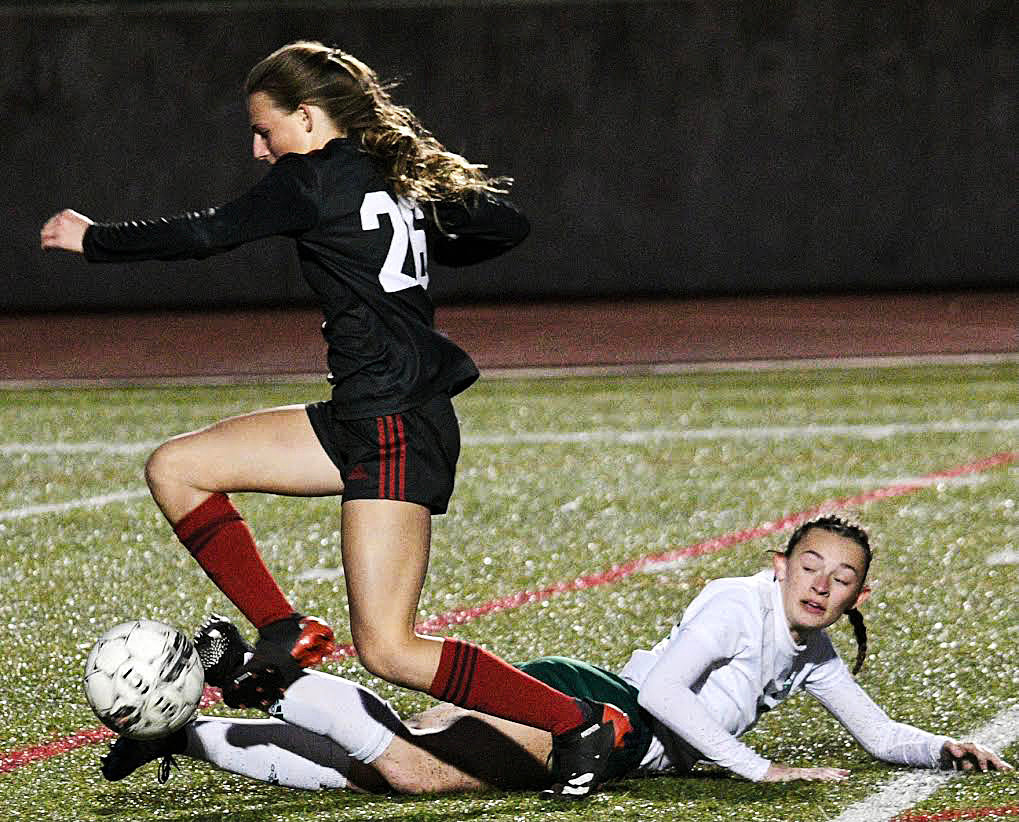 OZARK’S ADDIE SHULER gains control of the ball and breaks away from a Catholic player Monday.
PAT DAILEY/Headliner News 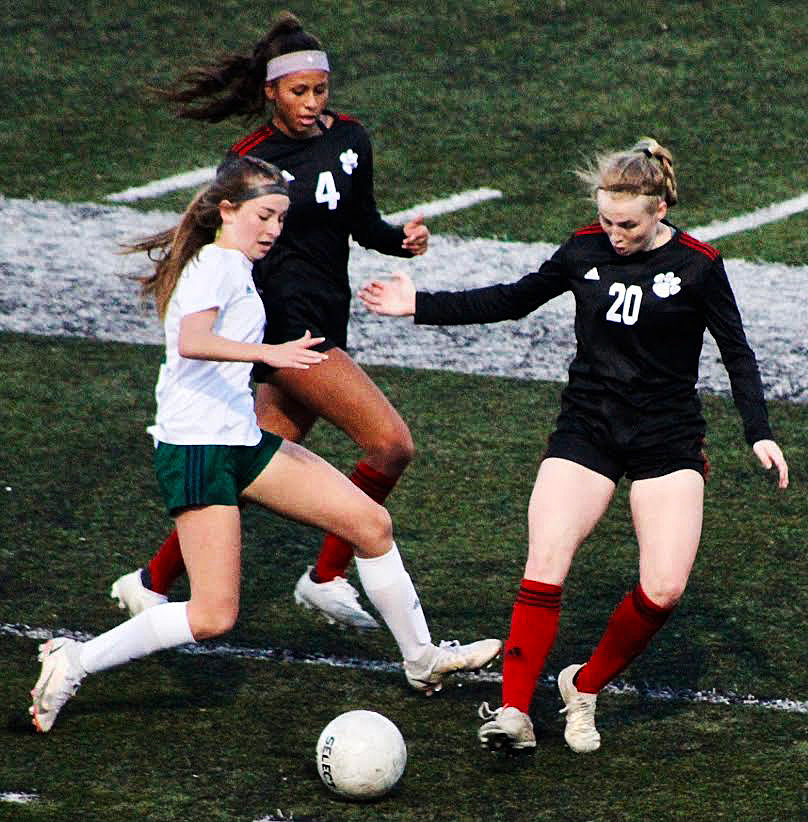 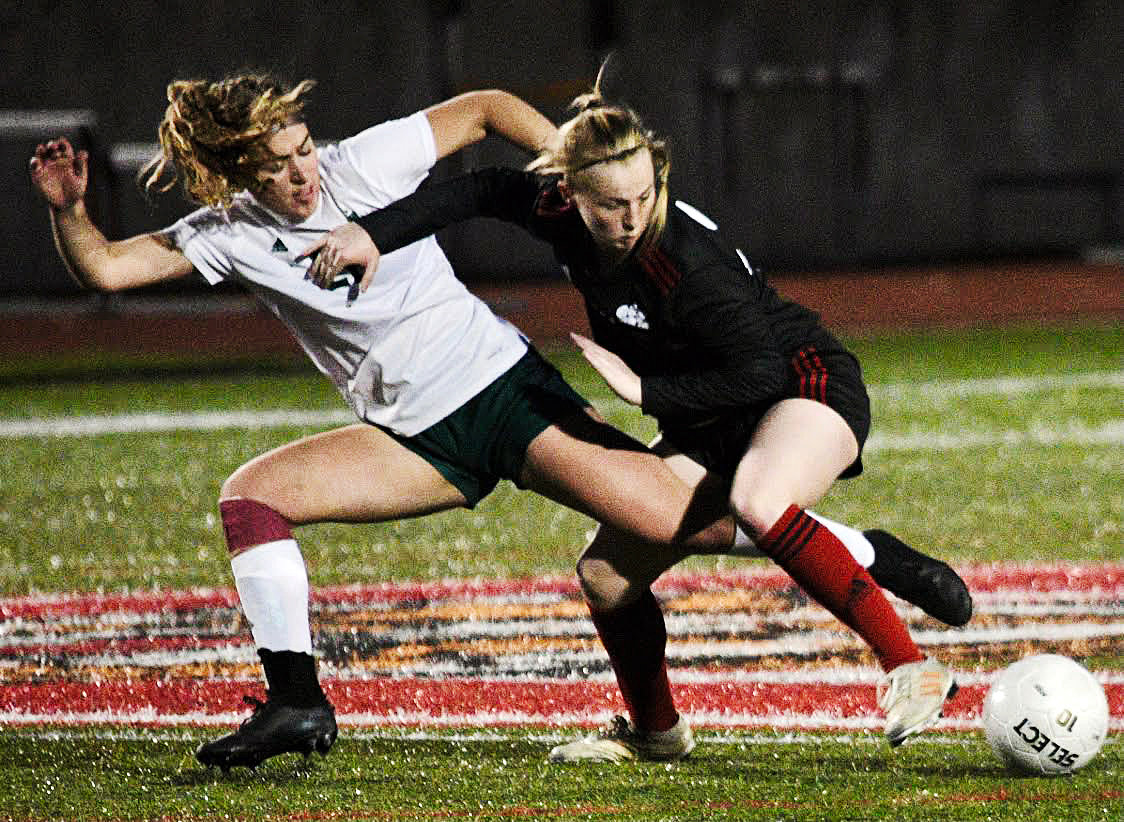 OZARK’S MOLLY RUSHING battles for control of the ball with a Catholic player.
PAT DAILEY/Headliner News 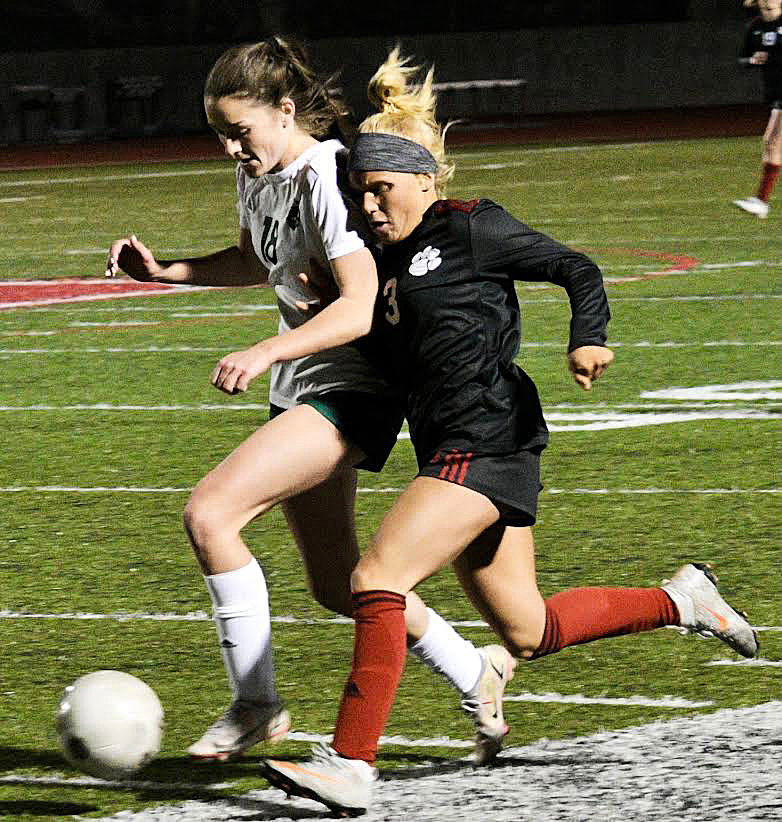 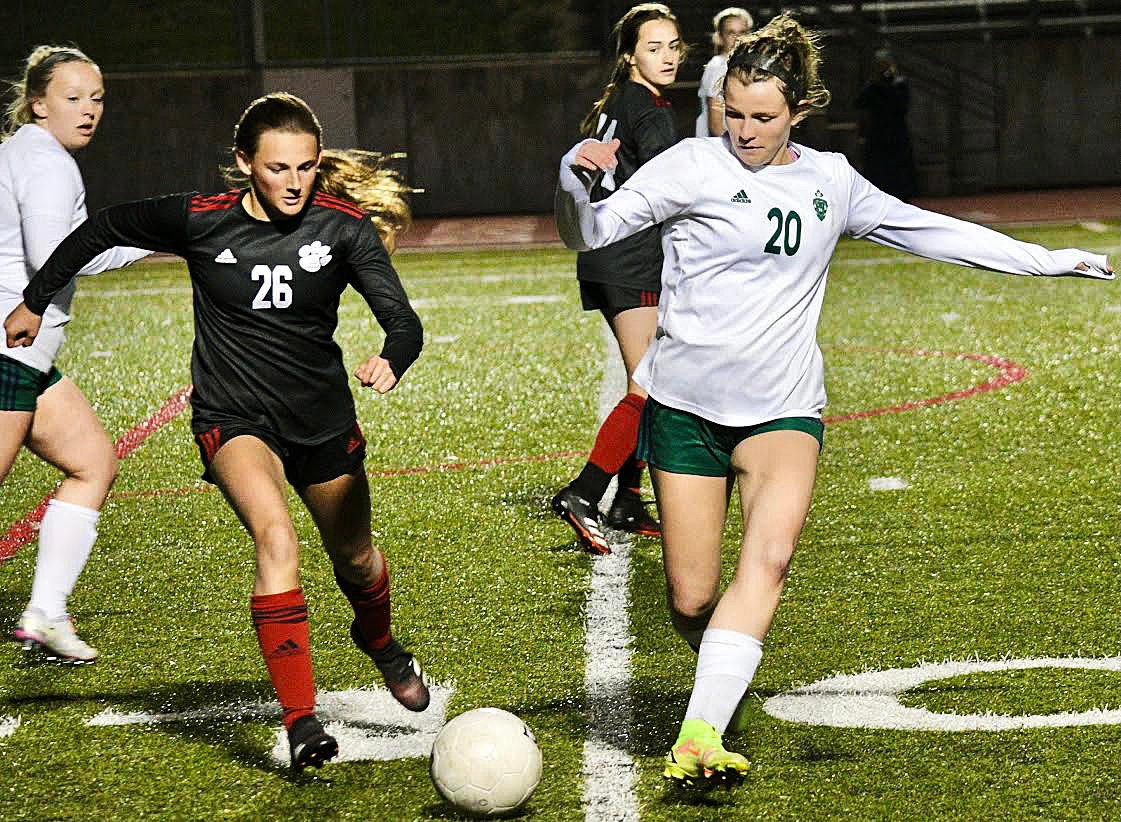 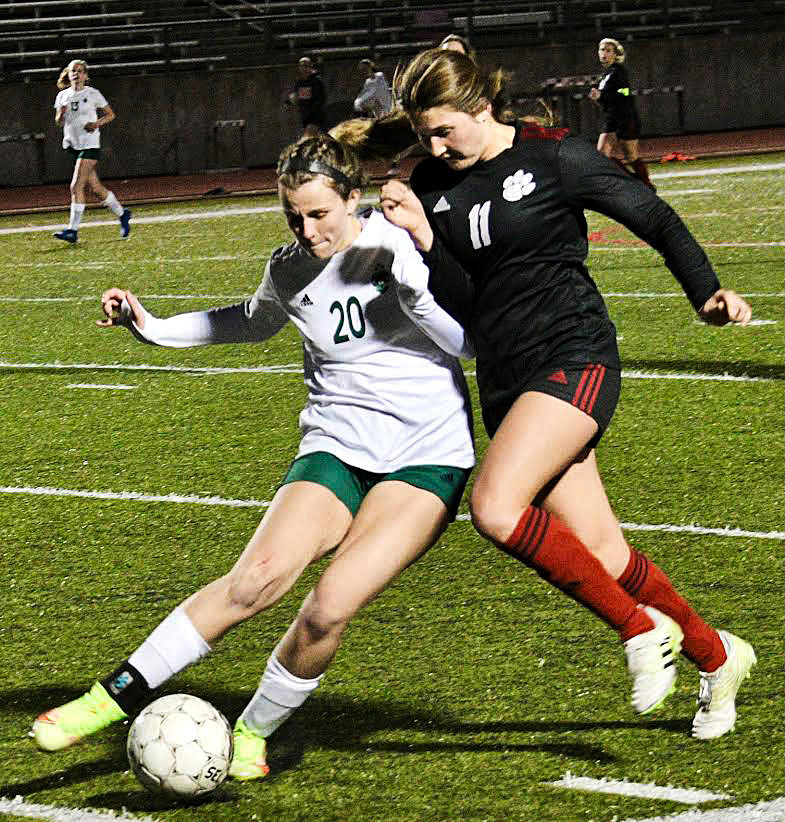 Led by mighty mites the likes of Madison Morgan, Ozark may sport a smallish lineup, but is not getting pushed around.

The Lady Tigers shut out Catholic over the second half Monday en route to a 2-1 triumph.

On both ends of the field, Ozark forwards, midfielders and defenders repeatedly would take it upon themselves to not let the Lady Irish control the ball for more than a couple passes.

“We're eager to be physical,” senior forward and co-captain Madison Morgan said. “When we don't come out physical, it shows in our play. But matching teams' physical play is what we do best.”

Even at 5-foot-0, Morgan jumps at the chance to battle for possession of the ball with a defender.

“Being small, everyone says, 'Try to play big.’ That's my mentality when I step onto the field,” Morgan said. “I have had coaches forever tell me to be strong, even though I'm little. I know everyone is going to be bigger than me. But if I'm playing strong, I can match them.”

Morgan delivered what proved to be the game-winning goal Monday. She and freshman Addie Shuler both scored in the first half for Ozark.

Shuler and Ozark coach Chris Shull both admire the example Morgan sets for the rest of the Lady Tigers.

“I couldn't ask for a better senior leader,” Shull said. “I can't believe I'm referring to her as a veteran player, but she's not a freshman anymore. She's come a long way.”

Shuler’s goal was her first on the varsity level.

“I was excited,” Shuler said. “My teammates were running at me with smiles, it was a good moment.”

“Hats off to a freshman who takes the ball and attacks the goal, that was amazing to see,” Shull said.

“Coming out 4-1 feels really good,” Morgan said. “Last year, we came out slow and it was hard to get going.”

“Starting off strong has given us mental strength,” Shuler said.

“We're pleased with our strong start,” Shull said., “I think is was very important for us. Last year, we were very young and we kept working on getting better. This year, we wanted to hit the ground running and establish ourselves as a competitive team.

"We're still trying to establish an identity,:” he added. “We have some new faces. It's a work in progress.”