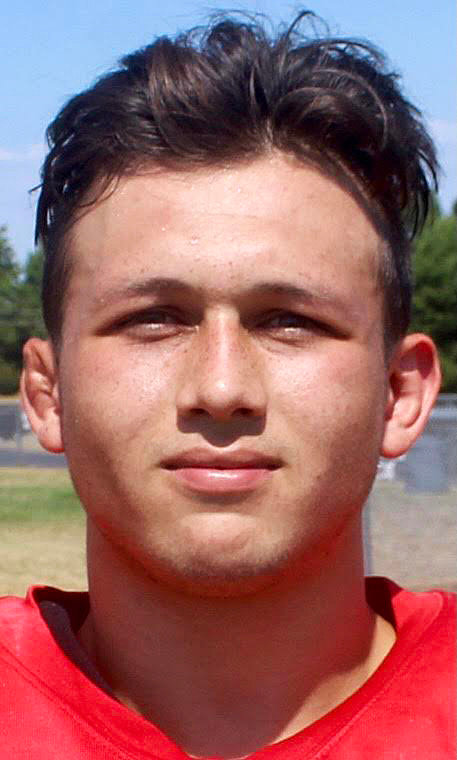 Just as Reid Potts played quarterback for Nixa two years ago with a torn ACL, Eagles nose guard Avry Rutherford is determined to play this season with what he strongly suspects is a torn labrum.

Or even torn labrums, with both of his shoulders banged up.

Rutherford has been dealing with soreness in his right shoulder since the final portion of last wrestling season. His left shoulder also began acting up on him.

Rest during the spring didn’t help.

“More than likely, my shoulder is torn,” Rutherford said last week during Nixa’s summer camp. “Both are kind of messed up. “It gets better sometimes. But when I go again in sports, it takes a toll. If it is torn, (doctors) will want me to get surgery. I don't want surgery until after my football and wrestling seasons.”

Surgery and ensuing rehab would rob Rutherford of playing both sports as a senior.

Rutherford has already proven his perseverance amidst the pain. On the mat, he earned a berth to State at 182 pounds.

On the gridiron this summer, he hasn’t missed a beat while being in the middle of scrums at the line of scrimmage.

He’s optimistic he will be able to play football and wrestle, before reporting to a doctor and likely having surgery next year.

“I think I've done pretty good with it,” Rutherford said. “I take care of it when I'm not on the field. When I'm on the field, I act like it's not there. It affects me sometimes. Usually, I'm good to go. Most people don't even know I have a shoulder injury.”

If playing in pain means he can play, he’s down with it.

“It's part of sports,” Rutherford said. “It hurts every now and then. But mind over pain. It's nothing to me. I try to take my mind off of it and focus on the game. Or if I'm in a match, focus on the match.”

Rutherford draws inspiration from his memories of seeing former Eagle John Gholson also overcome a shoulder injury. Gholson was all-state in football and a state medalist in wrestling his senior year.

“John has been a big part of my whole Nixa sports career. I've always looked up to him and seen him as a big role model,” Rutherford said “He dealt with a shoulder injury at the end of wrestling season. It didn't matter, just wrestle. He dealt with it like I am.”

There will be no holding back physically or emotionally for Rutherford, who figures to be a spark plug for the Eagles’ defense.

“I’m trying to bring everybody up and hype them up,” said Rutherford, who last season posted 64 tackles, including a team-high six tackles for a loss.

“I like to get everybody ready for the game or even practice,” he added. “Coaches say you've got to practice like it's a game. I'm always trying to bring everything I've got. No regrets, leave everything on the field.”

Whatley promises to provide physical for Ozark on offense and defense