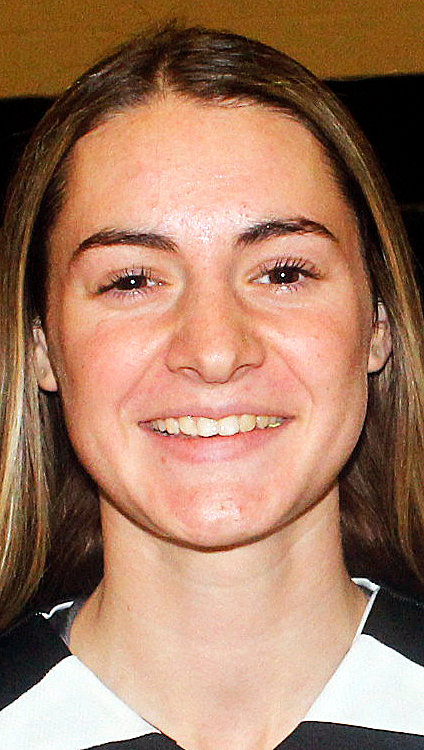 Shelby McMurry is ready for a return to normalcy, after being without a certain object in her hands all of last winter.

McMurry is back on the hardwood for Sparta for her senior year this season, after sitting out her junior season. The Lady Trojans debut by traveling to Diamond tonight.

“Last year was the first time I didn't play basketball over the winter since I was in kindergarten,” she said. “I’m used to having a basketball in my hands. But I didn't touch a basketball until summer ball this year.”

McMurry burst upon the scene three years ago as a freshman and had nightly averages of 16.8 points, 6.6 rebound and 3.2 steals. She averaged 10.2 points a game two years ago, to go along with 111 rebounds, 64 steals and 60 assists.

McMurry endured a bout of basketball burnout and opted to sit out.

“I kind of regret it,” she said. “But a change was good because it allowed me to take a step back and see what I wanted to do and see if basketball is something I wanted to do. It made me come back with more of a fire in me because I know this is my last year. This is my last chance.”

McMurry admits feeling like her old ‘self while dribbling, shooting and defending has been exhausting.

“It's been a long process as far as getting back in shape. It's definitely been tough,” she said “I did track last year. But that doesn't get you in shape like basketball. It's been frustrating at times, trying to get my groove back.”

The addition of McMurry comes at the same time Sparta has lost Laney Humble and Natalie Wilks. Humble transferred to Strafford and Wilks is sitting out basketball season to concentrate on off-season softball workouts in preparation for a college career.

McMurry doesn’t think fans should write off the Lady Trojans, who won 19 games each of the past two seasons.