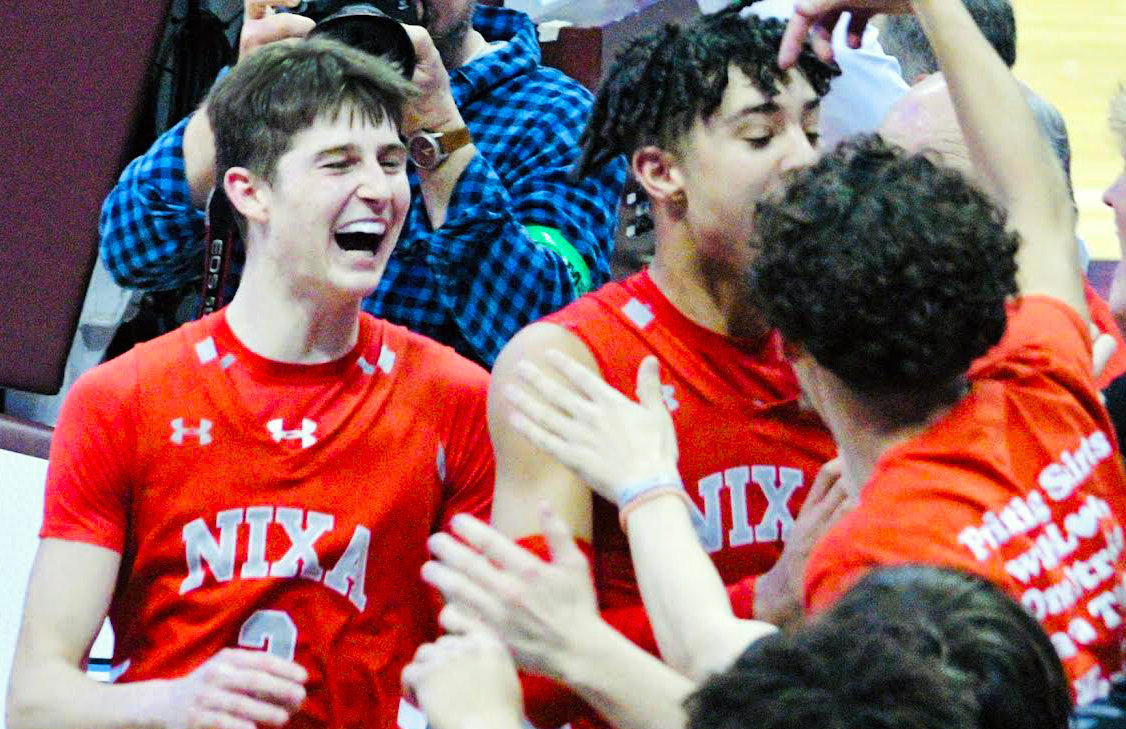 Jordyn Turner scored 20 points in his Nixa finale, while perhaps having the ball in his hands only 20 seconds over his 31 minutes on the court.

Turner’s release on his shot in the Class 6 State final Friday was noticeably quicker than usual. That was an adjustment he felt he had to make in response to Christian Brothers College’s exceptionally quick defenders.

“I knew they were going to be up on me on defense,” Turner said. “At the start of the game, they were saying I was a shooter. I knew I was going to have to pull a little quicker (on my shot) than I normally do because they are a fast-paced team and are good at staying in front of you.”

Turner didn’t hesitate to release upon receiving a pass within striking distance. Even in defeat, he turned in an effort that will be remembered for years to come as part of the Eagles’ Final Four history.

Turner made all four of his 3-point attempts and was 5-for-5 from the field in his 14-point first half.

“As soon as I hit that first 3, I was like, ‘Yeah, this is probably going to be a good night,’” Turner said. “I don’t really come out of a transition shooting a 3. I don’t think I’ve shot that many this year.”

He was 6-for-6 from 3-point land after making his first two 3-point shots in the second half.

It wasn’t until the 1:50 mark of the third quarter that Turner missed. It appeared his 3-point try from near the top of the key grazed off the fingertips of a CBC defender, causing the shot to fall just short of the rim.

Turner didn’t shoot again, as he didn’t get many touches in the fourth quarter.

MSHSAA’s Final Four single-game record for 3-pointers in a game is 11 by DeSoto’s Brandon Klaus. Klaus was 11-of-18 beyond the arc against Jefferson City in 1993.

Turner’s six treys put him in a tie for eighth with numerous other sharpshooters.

Alas, it will be a bittersweet memory for Turner.

“It’s great and all. But the team and going for the win, that’s all that really matters,” he said. “I was just trying to get that state championship win for the team, not just me.”

Turner shot the ball consistently well over his senior season, but was 1-of-7 from the field and 0-for-5 on his 3-pointers in Nixa’s semifinal win over Staley on Thursday.

In Nixa’s Quarterfinal win against Lee’s Summit West, he was berated by Eagles coach Jay Osborne after being assessed a technical foul.

Turner’s free-spirited behavior drew the ire of Osborne more than once over the past two seasons. Through each tongue-lashing, Turner realized his coach was trying to get the best out of him.

“He’s wanting the best for all of our players. He’s a great coach,” Turner said. “He may get on me. But I love the man. I’m glad he’s our coach.”

“You telling the truth?” Osborne quipped upon hearing Turner’s praise for him.

Osborne may have grudgingly grew accustomed to Turner’s personality, but gave him props for performing like a champ in a championship game.

“It’s just his personality. He’s squirrelly,” Osborne said. “He’s on edge all the time hopping around.

“I’m proud of him,” he added. “He had been in a shooting slump and this was a good time to break out of it.”