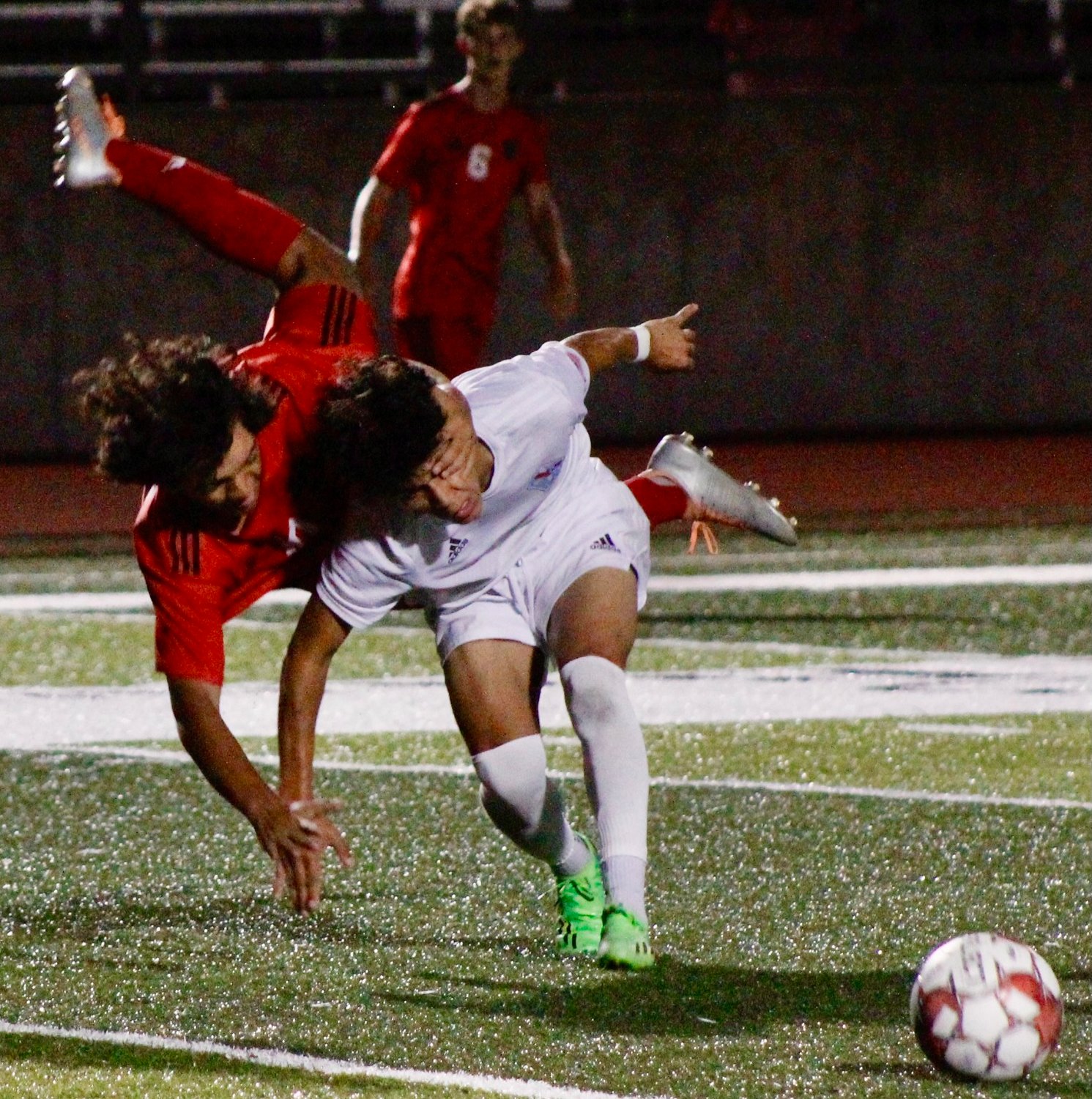 Glendale was intent on trying to throw Ortega off his game and off his feet with physical play that tested the officials' limits of pulling out a yellow card or even a red card.

To Ortega's credit, he showed maturity by keeping himself from trying to retaliate to the hits he absorbed.

"I got a red card last season because I pushed a kid. We ended up losing in overtime and I had to sit out our next game," Ortega said. "I'm thinking more about the team and what will help the team the most this year. I'm handling my emotions and staying calm."

Ortega has had to learn the hard way to become accustomed to drawing extra attention from opposing defenders.

"I take it as a compliment," Ortega said. "But it's also annoying, definitely annoying. It stresses me out."

"He's the leading scorer in the area and teams know that. He's working through (the attention)," Ozark coach Zack Owens said. "He's been good at staying cool, calm and collected. It's helping him grow as a player throughout the season because he has to learn to battle that and play off of his teammates.

"He's been a great leader," Owens added. "All the boys look up to him so much. He understands that. He's a smart player who has been playing for a long time. He likes the attention and the ball at his feet in big moments."

Ozark had its share of shots on goal throughout the match and up until the final seconds. But Vincel showed why Owens rates him and Tigers 'keeper Trevor Carlton the two best goalies in the area.

"He's a monster back there and I tell the boys his story all the time," Owens said. "He had to wait until his senior year to become the starter. He was behind another really good keeper and has done nothing but work his butt off to maintain his ability and technical skill. Now it's paying off."

"Both teams had great chances. We may have had even more shots on goal than they did," he added. "But we've got to be a little more selective in our shooting with Cole back there."

Glendale's goal came with 12 minutes to play on a rebound following a corner kick.

"It's not an excuse. But it was a battle last night and a close game tonight," Ortega said. "We were definitely tired."

"That's how the schedule falls sometimes and that's when we get to play them and be ready to go," Owens said.