Whatley promises to provide physical for Ozark on offense and defense 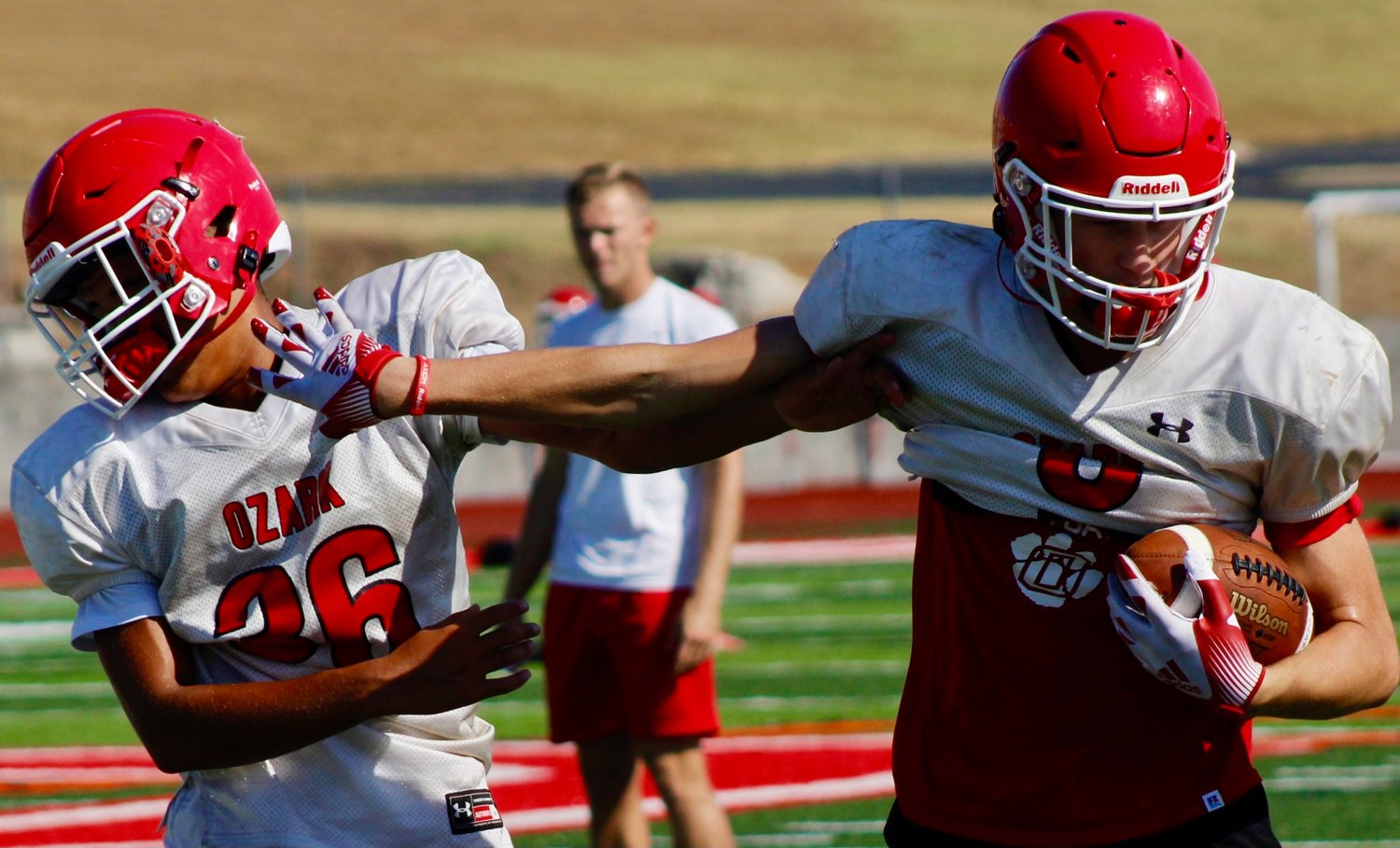 Jace Whatley is feeling bigger, stronger and faster and can thank his experience playing for Missouri Flight this summer and his time in the weight room with former Ozark teammate Tyler Harmon.

Harmon provided Whatley positive reinforcement to pump more iron than ever before. But Whatley had to get past an encounter with adversity with Flight, an AAU team based out of Kansas City.

The Ozark multi-sport standout went from being overwhelmed to proving he belonged.

"I thought I was kind of fast. But you go up to Kansas City and those kids are zooming around and can jump and dunk it," Whatley said. "They're all so athletic. It was an awakening.

“At first, I would see those kids and I thought they were way more athletic than me," he added. "But I feel like I've adapted to that and gained more confidence. I fit right in with them. I know that now."

Whatley's conditioning, which has seen him add 20 pounds of muscle over the past year, no doubt has helped him on his way.

"I'm still working on gaining weight, and my speed has gone up," he said.
Harmon has been a big influence on Whatley in the weight room. Harmon was a starting swingman for Ozark's basketball team the past three seasons and matured into a fitness fanatic.

"He brought out a completely different competitive side in me during basketball season and pushed me in the weight room," Whatley said. "I'm into lifting a lot now. Kids who would bully me now I'm benching and
squatting more than they are. I feel I'm a way better competitor. I want it more than I did last year."

It will be interesting how Whatley's gains translate on the gridiron for his junior season. He burst upon the scene to become Ozark's leading receiver a year ago with 21 catches for 458 yards. Those numbers figure to be on the rise this time around.

Whatley warns opponents not to sleep on his work at linebacker. Truth be told, his passion is defense.

"That's why I play football, to hit people," Whatley said. "The first time I came out here to play, I wasn't looking for a receiver's spot. I was looking for a linebacker or running back spot, to be able to hit people. My size kind of put me outside at receiver. But I've taken that toughness out there and try to run people over."