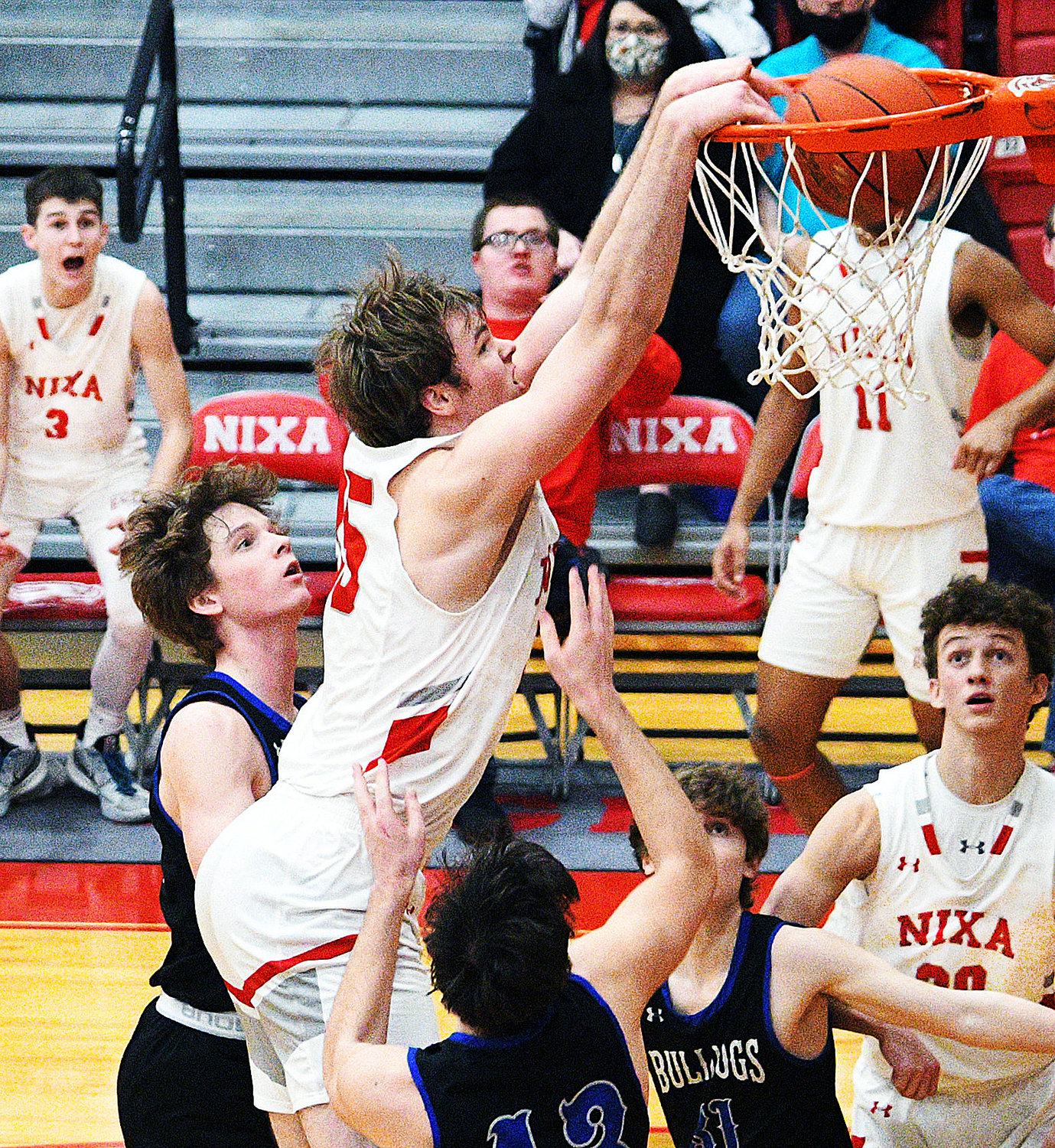 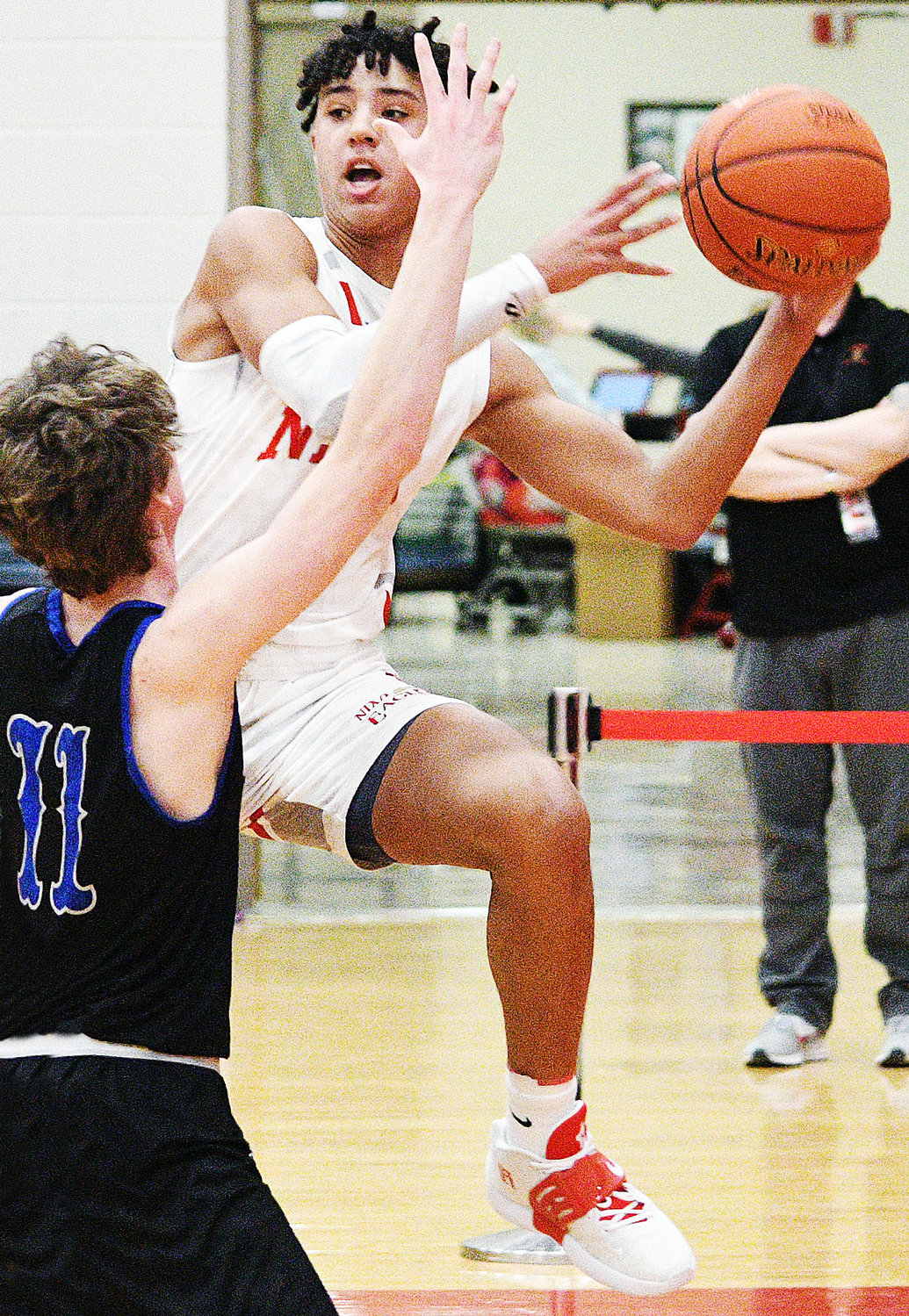 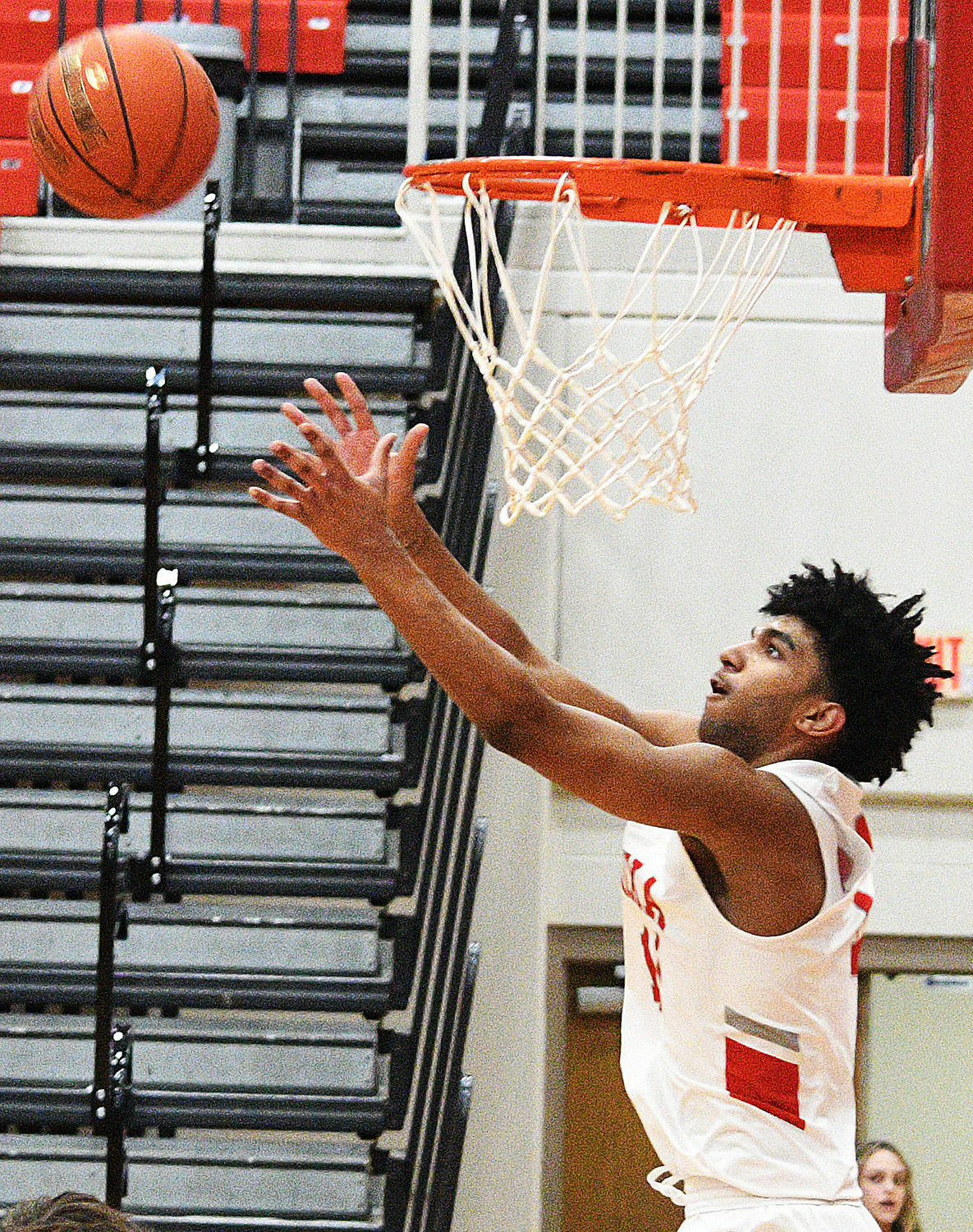 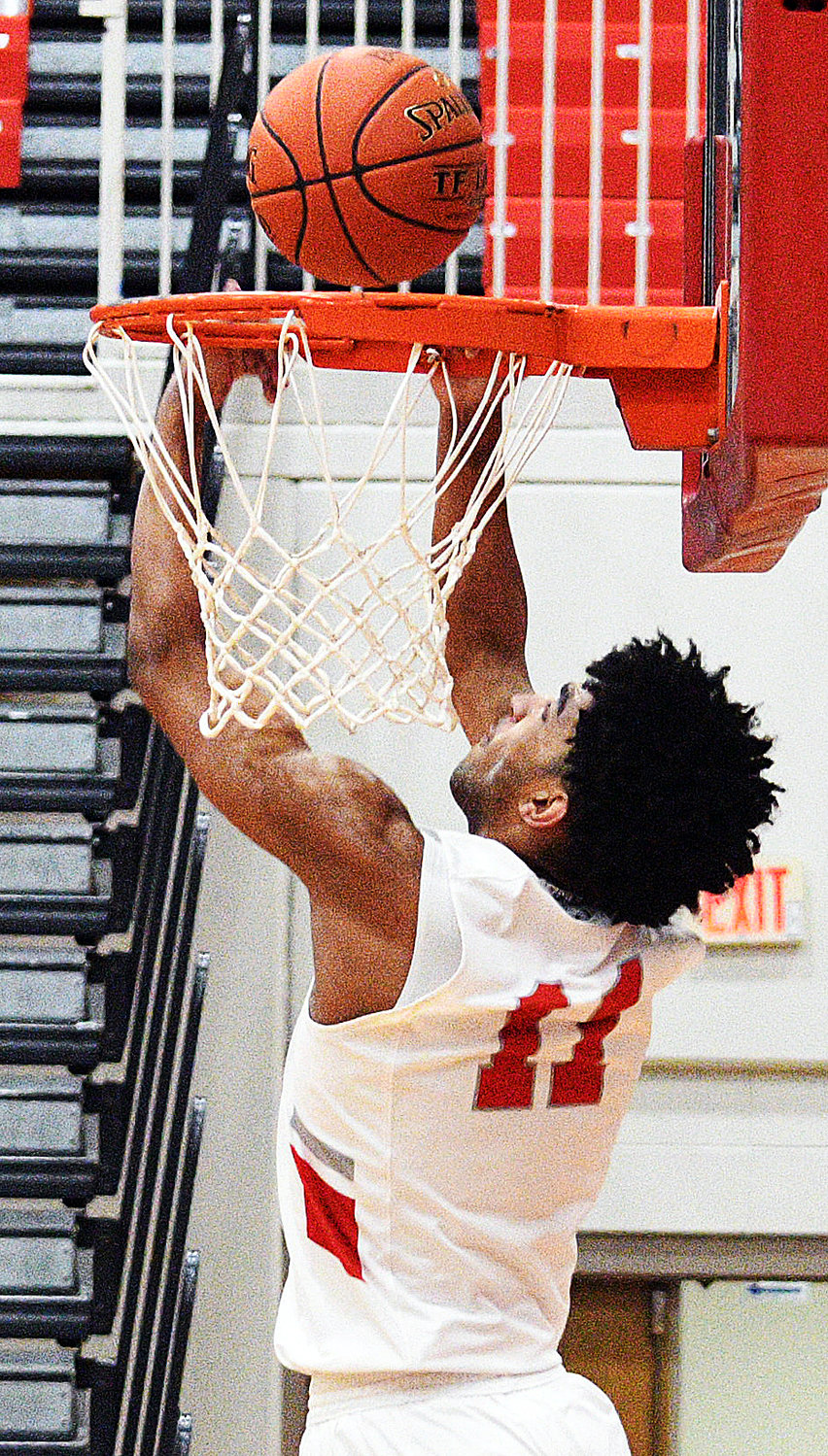 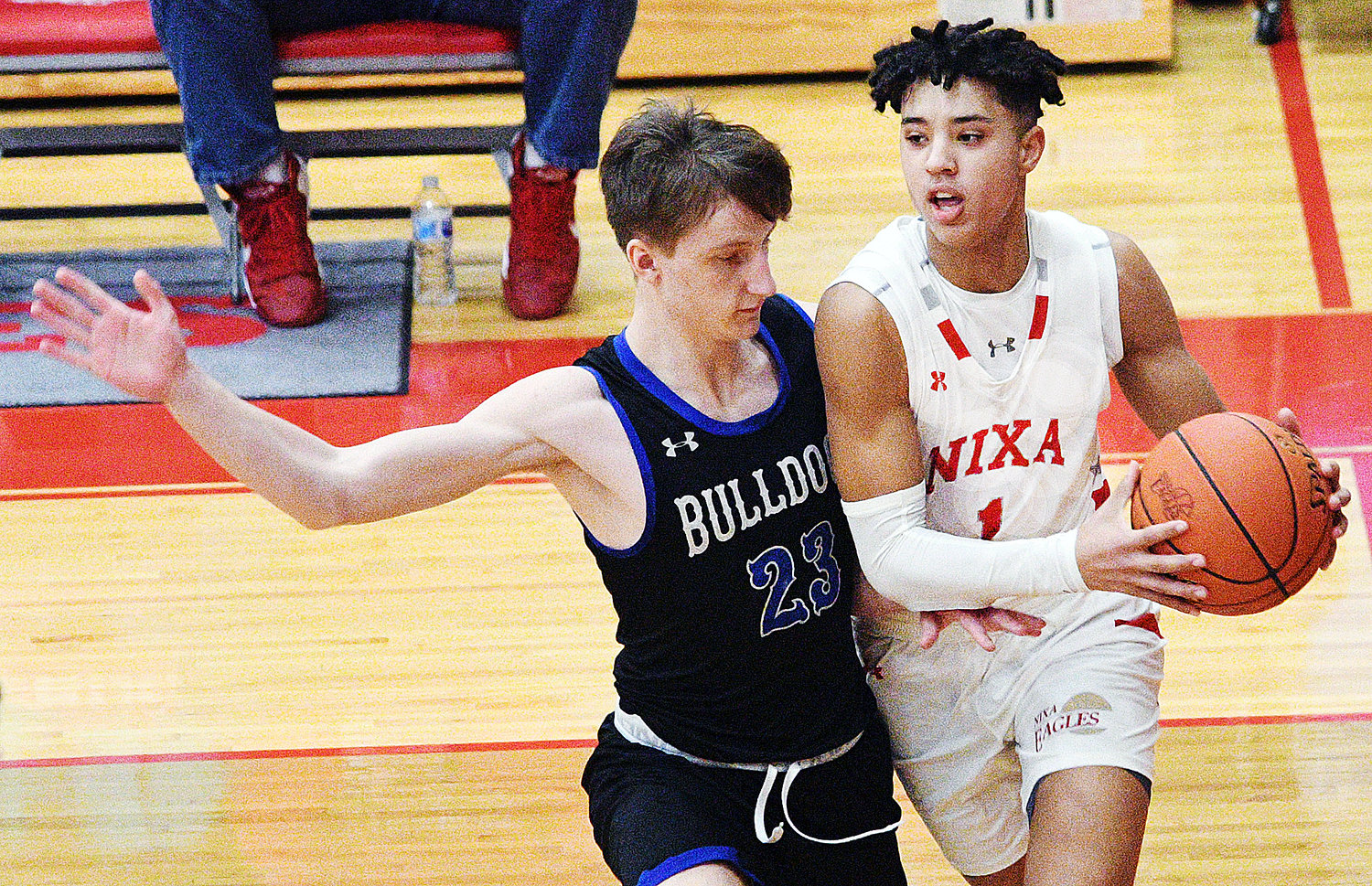 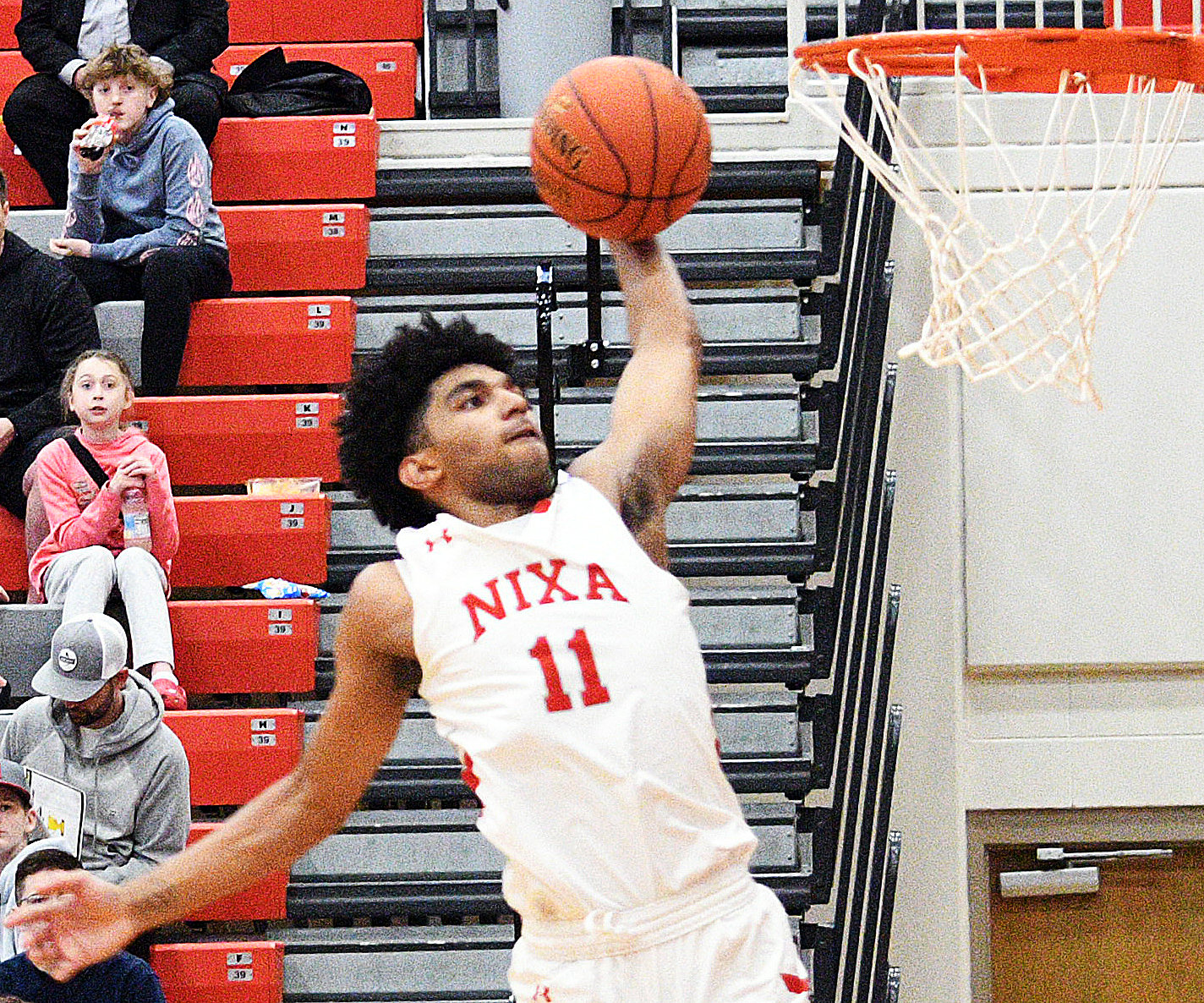 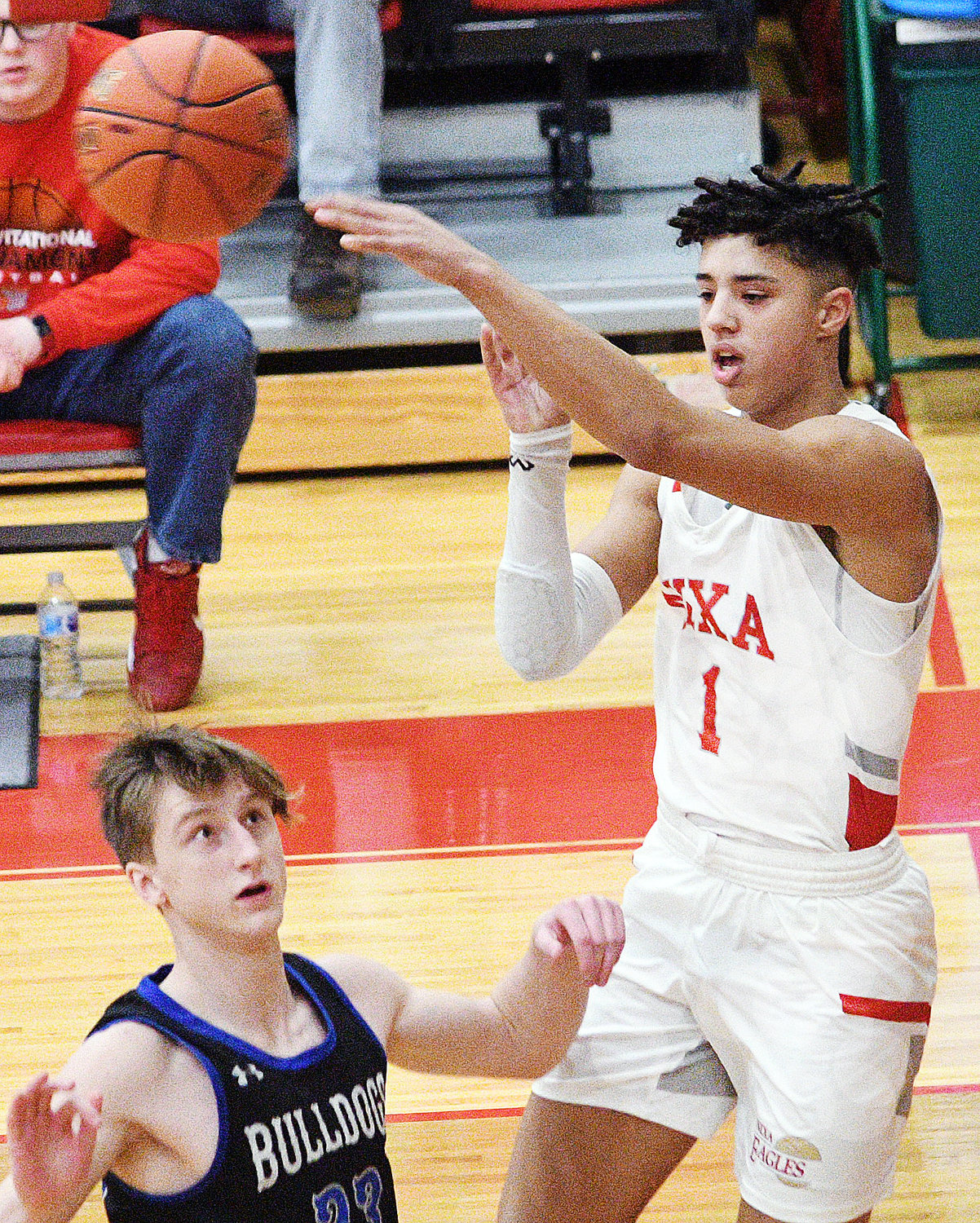 When Nixa’s cumulative stats are updated, they’re posted in the entryway to the Eagles locker room. Entering this week’s Nixa Invitational Tournament, there was dynamite data highlighting the stat sheet.

But Eagles coach Jay Osborne had to wonder Thursday if his players had paid attention to their nifty numbers.

Turner scored 15 of his 20 points as part of the Eagles’ 41-point second half.

Turner netted four 3-pointers to up his season treys total to 33. Through Nixa’s first 16 games, his 3-point percentage was .509.

In Nixa’s rout of Springfield Central last week, the Eagles shot 60 percent from the field.

Osborne has been going with a starting lineup of Turner, Colin Ruffin, Kael Combs, Jackson Bell and Jaret Nelson recently, with Turner and Bell replacing Noah Engelman and Colten Berry.

Turner, Combs and Ruffin combined for 15 3-pointers versus Notre Dame. Combs scored 18 of his 22 points in the first half.

Ruffin, who entered the night leading Nixa with averages of 16.2 points, 5.8 rebounds and 2.3 assists, had 17 points.

“I think we have a really good lineup when we have four guards and one ‘big,’” Osborne said. “That’s kind of what we have fallen into. That’s not to say it’s going to stay that way. When we put four shooters on the perimeter, that’s hard to guard. When defenses have to match up with us with four shooters out there, it presents problems for teams.”

Osborne felt overall his players handled Notre Dame’s matchup zone defense well. The Bulldogs had held their last 10 opponents in the 60s or below.

“They run a really good matchup zone and it gets you to slow down and play at a pace that most people don’t want to play,” he said. “We’re not the most patient team. If you’re not a patient team, it slows you down and gets you out of your rhythm. The reason we run zones sometimes is to get people out of rhythm. It’s a little different than (Rogersville’s matchup zone), but it has the same concept. It closes off dribble gaps and makes you throw some skip passes, which we can do.”

By playing Marquette, Nixa will be going up against a Catholic school for the fifth time this season. The Eagles are looking to win the NIT title for the first time in four years.

“This was a great start,” Engelman said. “We were a little shaky at first. But we finished well. We sent a statement.”